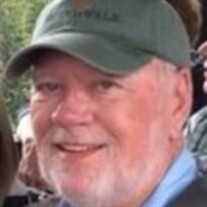 William Clark Mulligan passed away from cancer at home in Venice, Fla., on Thursday, January 7, attended by loving family members. Bill was born in 1941 in Salem, Mass., to the late William G. and Jeannette M. Mulligan. He grew up in Peabody, Mass., and graduated from Peabody High School in 1960. He married his wife Judy (Judith Morley) in 1965. He served in the 26th Yankee Division Army National Guard from 1962 to 1968. He lived most of his married life in Beverly, Mass., and worked for many years in the aerospace industry. After retiring from that, he worked several years at Endicott College in Beverly. In 2010 he moved with his wife to the community of IslandWalk in Venice, Fla. where they lived happily, making many new friends and enjoying the warm weather. Bill and Judy loved to travel and visited many places in the U.S., Europe, Asia, and exotic places such as Easter Island, Machu Picchu, and the Amazon River. He was an avid Red Sox fan and loved baseball in any form, attending his grandsons' Little League games until his illness made it too difficult. He and his wife volunteered with the IslandWalk Backpack program, affiliated with All Faiths Food Bank in Sarasota, raising funds, packing weekend food and delivering it to elementary schools in North Port, Fla. He also enjoyed playing in the IslandWalk Bocce League for many years. Bill is survived by his wife and three of his four children, Susan McGinnity of North Port, Fla., Michael Mulligan of Daytona Beach, Fla., and Mark Mulligan of Lebanon, Maine. He was predeceased by his beloved son Brian in 1975. He leaves five grandchildren, Sean Mulligan of Danvers, Mass., Evan and Justin McGinnity of North Port, Fla., and Conor and Reagan Mulligan of Lebanon, Maine. The family thanks Tidewell Hospice and Farley Funeral Home for their compassionate care. His Funeral Mass will be celebrated at 10AM on Saturday, July 24, 2021 at Saint Richard Church, 90 Forest St., Danvers. Burial will follow in Annunciation Cemetery, Danvers. Bill would be honored by donations to All Faiths Food Bank of Sarasota, Tidewell Hospice or the American Cancer Society.

William Clark Mulligan passed away from cancer at home in Venice, Fla., on Thursday, January 7, attended by loving family members. Bill was born in 1941 in Salem, Mass., to the late William G. and Jeannette M. Mulligan. He grew up in Peabody,... View Obituary & Service Information

The family of William C. Mulligan created this Life Tributes page to make it easy to share your memories.

William Clark Mulligan passed away from cancer at home in Venice,...