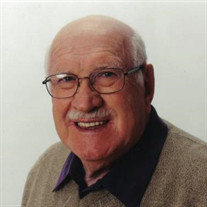 HAMILTON- “Coach” Bill Jenkins died on September 12, 2015 in the Kaplan Family Hospice House in Danvers, at the age of 87, from Parkinson’s disease. He was the husband of Vivianne (Bouchard) Jenkins with whom he shared 64 years of marriage. William Arthur Jenkins was born in Dorchester, MA on February 14, 1928. He attended grade school in Merrimack, NH. Graduated from Jamaica Plain High School where he participated in Track & Field and won the 1947 New England Long Jump Championship. He received a B.A. at Boston University in physical education and participated in Track & Field. He spent two years in the Mass. National Guard. He taught and coached track in Milford, NH, Beverly, Watertown and Danvers. He was inducted in the Mass. Track Coaches Hall of Fame, the Beverly High School Hall of Fame, as well as the Danvers High School Hall of Fame. He was a counselor and bus driver at the Beverly YMCA Day Camp where he took campers camping and climbing in the White Mountains. He received a patch from the Appalachian Mountain Club for recognition of having climbed all the mountains over 4000 Ft. in NH. He was the first New England Regional director of the American Volksport Association. He walked in all fifty states, all the Canadian provinces, in Germany, France, Italy, Greece, Austria, Ireland, Finland and Spain. He received a Distinguished Achievement Award from the American Volksport Association. He served as Treasurer of the Hamilton Golden Agers, and served on the Board of the Hamilton Council on Aging. Besides his wife, Vivianne, he is survived by six children; Christine Eldred, Kevin Jenkins, Giselle McCowan, Cynthia Mancuso, Josette Davis and Shawn Jenkins. He has fifteen grandchildren and fifteen great grandchildren. He was predeceased by his sister, Marguerite Brooks. His Funeral Service will be celebrated at 11AM on September 18, 2015 at C.R. Lyons & Sons, Funeral Directors, 28 Elm St., Danvers. Burial is private. Visiting hours are Thursday from 5-7PM in the funeral home. In lieu of flowers donations may made in Bill’s name to Care Dimensions, 78 Liberty St., Danvers, MA, 01923.

HAMILTON- &#8220;Coach&#8221; Bill Jenkins died on September 12, 2015 in the Kaplan Family Hospice House in Danvers, at the age of 87, from Parkinson&#8217;s disease. He was the husband of Vivianne (Bouchard) Jenkins with whom he shared 64 years... View Obituary & Service Information

The family of William Arthur Jenkins created this Life Tributes page to make it easy to share your memories.