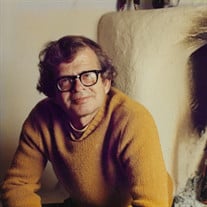 To view the livestream funeral of Tom Cummings please go to https://www.facebook.com/groups/908267509605134/?ref=share Tom Cummings passed away peacefully on March 8, 2020, at the age of 89. Tom was a beloved uncle, brother-in-law, cousin, teacher, mentor, author and scholar. He mentored generations of students, who became his life-long friends. Tom graduated from St. John’s Prep in 1948. He graduated Cum Laude with a degree in Anthropology from Harvard in 1952, received a Master of Arts in Teaching and a Certificate of Advanced Study from Harvard in 1967. Tom’s vast knowledge of anthropology led him to the Southwestern United States in the mid 1950s where he worked and co-authored a book on the subject while helping establish the Department of Anthropology at the University of Nebraska. Tom served two years in Japan with the US Army Signal Corps. While there he had the opportunity to experience Japanese culture and language. After receiving his Masters in Teaching, Tom returned to Asia for seven years to teach at the Taipei American School, Taiwan Normal University, Tohoku University and the American Consulate. At his 50th Harvard Class Reunion, Tom stated that his most rewarding accomplishment was his contributions to the 1970 establishment of the Ramah Navajo School in Pine Hill, New Mexico. Prior to the establishment of the school, students had to leave their families and attend federal boarding schools, often out of state. Tom was invited by the Ramah Navajo School Board to help develop its curriculum, write grants, and establish a high school that would embrace Navajo history, culture, and language. He wrote, collaborated and encouraged others to write curriculum, books and articles on Navajo culture, literacy and language. In addition to being an important contributor to the Ramah Navajo School, Tom spent several years working on Head Start Programs, Neighborhood Youth Corps, and emergency medical and food services on the Navajo reservations. Tom spent decades working at the University of New Mexico recruiting and supporting Native American, Hispanic and African American students while running pre-college and academic success programs with an emphasis on students’ access to careers in math, engineering and science. Throughout Tom’s life he maintained strong friendships with the legions of students he had taught and mentored. He had met many while they were in middle school and had the privilege of attending countless college graduations and weddings. Over the years, many have traveled great distances to keep in touch and to thank him for his invaluable friendship and guidance. His students invariably used the term inspiration to describe a teacher who taught his students how to think, instead of what to think. His students often describe the profound influence of this colorful, unique, independent and creative friend. Tom was a nimble raconteur whose fascinating narratives had the effect of challenging his students to excel in whatever academic pursuits they valued. Tom was predeceased by his parents, Margaret and Thomas Cummings, and his brother Paul. He is survived by his sister-in-law Peg Cummings, nephew Michael Cummings, nieces JoAnn Butterworth, Mary (Mark) Kopaskie and Kathleen (Ken) Johnson, and numerous cousins, great nieces and great nephews. When asked how he would like to be remembered, Tom stated, “As having had a full life, devoted to improving American education through a concern with cultural and linguistic diversity”. As those whose lives he touched would attest, he achieved all of that and much, much more. Tom remains a living force in the lives of the multitude of student-friends whose lives have been improved because they received inspiration from him. His Funeral Mass will be celebrated privately in Saint Mary of the Annunciation Church, 24 Conant St., Danvers. Burial will follow in Saint Mary Cemetery, Salem. • Please join other friends and family on the public “Tom Cummings Memorial Group” on Facebook. His family and friends will plan a larger Celebration of Life for Tom at a later date to be determined and announced on the Facebook Group. • Also, please share and read memories, stories, and pictures on the Cummings and Goings Google Doc, which can be found in the link below, on Facebook at, “Tom Cummings Memorial Group”, and/or by emailing [email protected]: https://docs.google.com/document/d/1uDDsHIn-XGlDrqIjgrYuw7bNHJ17pZdg4tlHmL4BqgA/edit • In lieu of flowers, and for those who wish to commemorate him, donations may be made the Tom Cummings Scholarship Fund at the University of New Mexico to help students from disadvantaged backgrounds thrive, in honor of Tom’s life’s work. The goal is to raise at least $25,000 to have a permanent endowment in his honor. Donations can be made online at unmfund.org/fund/tom-cummings or addressed to: The UNM Foundation, Two Woodward Ctr, 700 Lomas NE, Ste 108, Albuquerque, NM 87102. Please write ‘Tom Cummings Scholarship’ in the memo. • On behalf of all of Tom’s friends and family members, thank you for continuing his special legacy.

To view the livestream funeral of Tom Cummings please go to https://www.facebook.com/groups/908267509605134/?ref=share Tom Cummings passed away peacefully on March 8, 2020, at the age of 89. Tom was a beloved uncle, brother-in-law, cousin,... View Obituary & Service Information

The family of Thomas Sebastian Cummings Jr. created this Life Tributes page to make it easy to share your memories.