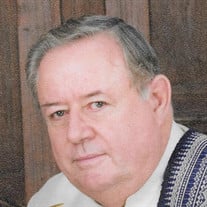 THAILAND—Thomas J. Callahan, Jr., 72, formerly of Peabody, died on September 30, 2016 in Bangkok, Thailand, where he had resided for more than forty years. He was the loving husband of Yupadee “Meo” Callahan, with whom he shared thirty-seven years of marriage. Born on November 23, 1943 in Salem, he was the son of the late Thomas and Kathryn (Sweeney) Callahan. He was raised in Peabody and was a graduate of Saint John’s Preparatory School, Class of 1961. He went on to MIT, where he participated in the swim team and in track & field, graduating in 1965. During his years in Cambridge, Tom was proud of his work on the Apollo Project at Lincoln Labs. After graduating from MIT, Tom worked at the Smithsonian, taking assignments in Las Cruces, NM and Chile. He then worked for Page Communications in Washington, D.C. until his transfer to Bangkok. After leaving Page, he struck out on his own in a successful career, providing various electronics and communication services in Thailand, on the off-shore oil rigs and in other areas of Southeast Asia. Tom had an adventurous spirit and loved to travel. He was an avid tennis player for many years. In addition to his wife he leaves two children, Marissa Kay Callahan of Boston and Thomas Callahan III of New York City, two sisters, Sister Teresa of Jesus, O.C.D. of Danvers Carmel and Elaine Schneider of West Chester, PA, a brother, John Callahan of Swansea, MA, and many nieces and nephews. His Funeral Mass will be celebrated on Saturday, Oct. 29, 2016 at 11AM in the chapel of the Discalced Carmelite Monastery, 15 Mt. Carmel Rd., Danvers. Relatives and friends are invited. Visitation will be in the chapel from 10-10:45AM prior to the Mass. Burial will be private. In lieu of flowers, donations may be made to the Discalced Carmelite Nuns, 15 Mt. Carmel Rd., Danvers, MA 01923. www.LyonsFuneral.com.

The family of Thomas J. Callahan Jr. created this Life Tributes page to make it easy to share your memories.