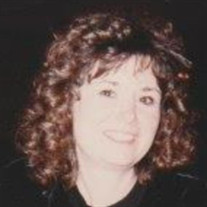 DANVERS- Susan M. (Connors)Hatch, 68, passed away peacefully at home on April 28, 2020. She was the wife of Steven Hatch, with whom she shared 48 years of marriage. Born in Beverly on December 2, 1951 (and born on her father’s birthday) she was the daughter of the late William and Gertrude (Mead) Connors. She was raised and educated in Danvers, graduating from Danvers High School in 1969. Susan attended Beverly School of Nursing and worked as a private duty nurse, and was also a Supervisor/Lead Nurse at Pediatric Health Care Associates in Lynn. She was a talented artist who continued painting even after Multiple Sclerosis left her unable to use her hands. She learned to hold a brush with her teeth and completed many beautiful works of art. Susan was also involved in a program where she helped teach quadriplegic children to paint with their teeth as she did. Although she endured many health challenges related to MS, she handled all with grace and courage, and was grateful for the blessings she had. In addition to her husband Steven, she is survived by three children, Jessica (Hatch) Murray, JoAnna Hatch, and Steven D. Hatch, her grandchildren Amanda and Megan Murray, and Alissa Rosen, her siblings, the late Diane Farnsworth, William “Tim” Connors, and JoAnne Connors, as well as several nieces and nephews. Her funeral services will be announced at a later date. In lieu of flowers, donations may be made in Susan’s name to The Boston Home, www.thebostonhome.org or St. Jude Children’s Research Hospital, www.stjude.org

The family of Susan M. Hatch created this Life Tributes page to make it easy to share your memories.