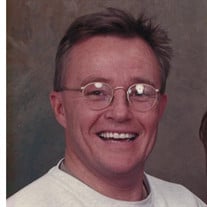 Stephen R. Currie, 62, died Thursday morning, July 9, 2020 at the Kaplan Family Hospice House following a three-month battle with cancer. Born in Scotch Plains, NJ on April 19, 1958, he was the son of the late Arthur and Virginia (Rush) Currie. He was raised and educated in West Peabody and was a graduate of Peabody Veterans Memorial High School, Class of 1976. A longtime Danvers resident, he worked as a carpenter, first with Local #40, and then at Boston Children’s Hospital until the time of his retirement. An avid fisherman, he enjoyed his walks along York Beach to Gumdrop Rock. He was a dedicated Red Sox fan and loved coaching his sons in Danvers American Little League. He was a fan of live music and enjoyed time spent in his garden, sharing his crop of tomatoes with family and friends. He leaves three sons, Max, Zachary, and Evan, who was Steve’s little buddy, all of Danvers, his wife, Lina Currie of Danvers, his sisters, Susan McNeill of Kittery, ME and Mary Trecartin of Danvers, and his nieces and nephew, Kristin Richard, Nicholas Richard, Katelyn Trecartin, Kelcey “Dubba” Trecartin, and Rebecca Currie-Mugford. He was predeceased by his sister, Melinda Currie. Visiting hours are Monday from 4-7PM in C.R. Lyons & Sons Funeral Directors, 28 Elm St., Danvers Square. Attendees at the visitation or service are required to wear face coverings, practice social distancing, and are respectfully asked for no physical contact with the family. All other services will be private. In lieu of flowers, donations in Steve’s name may be made to Boston Children’s Hospital, 401 Park Drive, Suite 602, Boston, MA 02215. For directions or to leave a message of condolence, please visit www.LyonsFuneral.com. To view Steve's funeral Mass, go to https://youtu.be/PjGd75bPpog

The family of Stephen R. Currie created this Life Tributes page to make it easy to share your memories.