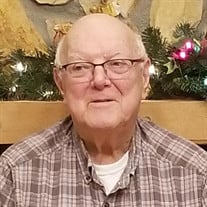 DANVERS- Solomon J. “Saul” Beaulieu, 91, passed away on November 9, 2021 surrounded by his family. He was the husband of the late Josephine (Parco) Beaulieu. Born in Chelsea on June 25, 1930, he was the son of the late Solomon and Albea (Michaud) Beaulieu. Saul was raised and educated in Chelsea and graduated from Chelsea High School. He served his country with the United States Army during the Korean War and was honorably discharged. Saul had been employed as an electronic technician for the Federal Aviation Administration for twenty-eight years. He enjoyed rooting for the Red Sox and spending time with his family. He is survived by his children, Michael Beaulieu and his wife, Suzanne of Lexington , South Carolina, Steven Beaulieu and his wife, Pam of New Ipswich, New Hampshire, Paul Beaulieu and his wife, Fumiyo of Chapin South Carolina and Maria Mueller and her husband, Robert of Danvers, his grandchildren, Melinda, Joseph, Donna, Bonnie, Haley and Heather, his great grandchildren, Julia, Kyle, Maya, Ethan, Owen, Skye and Hannah and his great-great grandchildren, Isabella, Jaida and Rylie, his sister-in-law Ida Spinola and her husband, Memo and brother-in-law, Chris Parco. He was predeceased by his six siblings, the late Janet Forti, Cecile Dello Iacono, Robert Beaulieu, Rita Hamel, Anita Buckley and Dot Lanzillo. His Funeral Mass will be celebrated at 11AM on Friday, November 12, 2021 in Saint Mary of the Annunciation Church, 24 Conant St., Danvers. Burial will follow in Annunciation Cemetery. In lieu of flowers, donations may be made in Solomon’s name to St. Jude Children’s Research Hospital at www.stjude.org

The family of Solomon J. Beaulieu created this Life Tributes page to make it easy to share your memories.