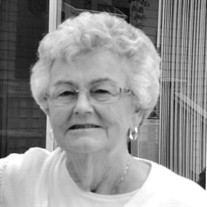 DANVERS—Shirley A. (Quirk) Farrell, 79, died unexpectedly on Monday morning, January 30, 2017 at Beverly Hospital. She was the loving wife of the late James T. Farrell. Born in Boston on July 23, 1937, she was raised and educated in Peabody and was a graduate of Peabody High School and Burdett College. Shirley worked for many years for the Town of Danvers as an administrative assistant to the Town Manager and the Department of Parks and Recreation. A dedicated community volunteer, she was secretary of the Danvers Cultural Council, President of the Supports of Musical Education in Danvers, a Girl Scout leader, and a religious education teacher. She was a Poll Warden and a current Precinct 2 Danvers Town Meeting Member. She also volunteered at the Danvers People-to-People Food Pantry, the Danvers Senior Center, with Danvers Family Festival, and various other organizations. Along with her late husband, she was named Danvers Citizen of the Year in 1999. She was most proud of her grandchildren. They were the love of her life and she proudly attended their many sporting events, band concerts, and recitals. She leaves her children, Kathleen Armstrong and her husband Peter of Danvers, Nancy Francis and her husband Arthur of Danvers, Charles “Chuck” Farrell and his wife Michelle of Beverly, and Kevin Farrell and his partner Andrea Kennedy of Danvers, her grandchildren, Derek, Dustin, Keith, and Matthew Farrell and Leanne (Farrell) Neves and her husband Christopher, her great-granddaughter, Abigail Ryan Neves, her siblings James Quirk and his wife Barbara and John Quirk and his wife Barbara, all of Florida, Patricia DeLuca and her husband Ralph of Danvers, and Winifred Quirk of Malden, her sisters-in-law Doris Farrell of Danvers and Irene Farrell of Florida, and many nieces, nephews, dear friends, and neighbors. She was predeceased by her brothers Joseph Quirk and Francis Quirk and his wife Lorna. Her Funeral Mass will be celebrated on Friday, Feb. 3, 2017 at 10AM in Saint Mary of the Annunciation Church, 24 Conant St., Danvers. Burial will follow in Annunciation Cemetery, Danvers. Relatives and friends are invited. Visiting hours are Thursday from 4-8PM in C.R. Lyons & Sons Funeral Directors, 28 Elm St., Danvers Square. In lieu of flowers, donations in Shirley’s name may be made to St. Mary of the Annunciation School, 20 Otis St., Danvers, MA 01923 or the Danvers charity of your choice. www.LyonsFuneral.com.

DANVERS&#8212;Shirley A. (Quirk) Farrell, 79, died unexpectedly on Monday morning, January 30, 2017 at Beverly Hospital. She was the loving wife of the late James T. Farrell. Born in Boston on July 23, 1937, she was raised and educated in... View Obituary & Service Information

The family of Shirley A. Farrell created this Life Tributes page to make it easy to share your memories.