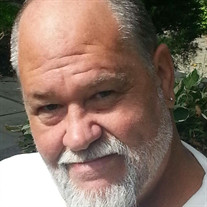 FLORIDA- Scott J. Sayer, 60, passed away following a motorcycle accident in Florida on December 30, 2018. Born in Danvers on July 7, 1958, he is the son of John and Shirley (Blanchard) Sayer of Danvers. He was raised and educated in Danvers and graduated from Danvers High School in 1976. In his youth, Scott was a boy scout and was involved with local sports and played hockey and football for the high school. Scott was also a member of the DHS Band and part of the jazz band. He loved the outdoors and enjoyed many years of family camping trips throughout New England. He had been a member of MYF at Holy Trinity United Methodist Church and DeMolay Boys in Danvers. After graduation, he attended Peterson School of Engineering in Boston and started his career as a technician and alarm installer locally. In later years he collected Lionel Trains, and participated in local train shows while living in Florida. Scott skated with the over 30 leagues in Peabody and Danvers. He was also a talented woodworker. In addition to his parents, John and Shirley, he is survived by his brother, Glenn Sayer of Amesbury, his sister and brother-in-law, Kristin Sayer and Michael Charland of Seabrook, NH, his son, Andrew Sayer, his step-daughter, Nicole Whalen, his grandson, Jason Pierce, his aunt and uncle, Charlotte and James Bell, cousins, Heidi Williams and Boni and Betsie Bell, “nieces” Aby and Ali Williams and former wife, Maureen McKenna. His Funeral Service will be held at 7PM on Monday, January 14, 2019 at C.R. Lyons & Sons, Funeral Directors, 28 Elm St., Danvers. Visitation will be held prior to the service on Monday evening from 4-6:45PM in the funeral home. Burial is private. In lieu of flowers donations may be made in Scott’s memory to Shriners Hospitals for Children, 51 Blossom St., Boston, MA, 02114 or Holy Trinity United Methodist Church, 16 Sylvan St., Danvers, MA, 01923.

FLORIDA- Scott J. Sayer, 60, passed away following a motorcycle accident in Florida on December 30, 2018. Born in Danvers on July 7, 1958, he is the son of John and Shirley (Blanchard) Sayer of Danvers. He was raised and educated in Danvers... View Obituary & Service Information

The family of Scott Jon Sayer created this Life Tributes page to make it easy to share your memories.