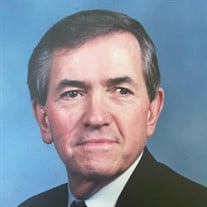 Russell C. Fravel, died on June 1st at his home in Danvers. He was surrounded by his family. He was born on September 4, 1933, to James and Mary (Conover) Fravel. Russell attended The Ohio State University which fostered an unbridled love for football and tradition that would endure throughout his life. Following graduation, he became a member of the alumni association and eventually, a football season ticket holder—shuttling back and forth between Massachusetts and Ohio for nearly every home game. As a proponent of education, Russell entered the workforce as a high school teacher, coach, and mentor. He taught his students and players to value knowledge and the hard work needed to obtain it. He became a model for those values by earning a master’s degree in education from The University of Toledo during his tenure. Coach Fravel, or as his grandchildren call him, “Coachie,” was the varsity football coach at many high schools throughout Ohio. More than anything, he enjoyed building up football programs into playoff contenders and champions. In 2017, he was inducted into the Big Walnut High School Hall of Fame for his accomplishments as a student, coach, and athletic director. Russell also taught and coached at Danvers High School where he was instrumental in changing the school’s mascot from the onion towners to the falcons. Also, in Danvers, he was a member of Holy Trinity United Methodist Church and a brother at the Amity-Mosaic Lodge. He is survived by his wife Doris, with whom he shared nearly 67 years of marriage, their three children: Larry, Gary, and Bryn (her husband, Mark), and their seven grandchildren: Derek (his wife, Lilly), Brett, Megan (her wife, Olivia), Paige, Ryan, Jarrett, and Isabella. He was preceded in death by his parents and his brother Terry. Coach Fravel will be remembered for first downs, dry humor, and staunch faith. He lived his life entire, as a buckeye—going for two, laughing from the belly, and pursuing the good through education, coaching, and service. At the end of every Ohio State football game, the alma mater, “Carmen Ohio,” is sung. In triumph or defeat, buckeyes lock arms and sing, swaying gently as a single voice. So, at the end of this buckeye’s life—for Russell C. Fravel—we will do the same: Oh! Come let’s sing Ohio’s praise And songs to Alma Mater raise; While our hearts rebounding thrill, With joy which death alone can still. Summer’s heat or Winter’s cold, The seasons pass, the years will roll; Time and change will surely show How firm they friendship O-HI-O. His services will be held privately. In lieu of flowers, donations may be made in Russell’s name to Care Dimensions, 75 Sylvan St, Danvers, MA, 01923 or www.caredimensions.org. GO BUCKS!

Russell C. Fravel, died on June 1st at his home in Danvers. He was surrounded by his family. He was born on September 4, 1933, to James and Mary (Conover) Fravel. Russell attended The Ohio State University which fostered an unbridled love... View Obituary & Service Information

The family of Russell C. Fravel created this Life Tributes page to make it easy to share your memories.

Russell C. Fravel, died on June 1st at his home in Danvers. He...