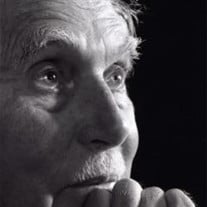 Roman Chrystycz, 82, died Wednesday, October 28, 2015. Roman was born in Polish occupied Kolomea, Ukraine. In 1943, the family fled the war and Roman kissed his piano goodbye. Roman never allowed himself the luxury of studying music. The family fled to Germany and lived in various displaced person camps until 1950. However, Roman was able to graduate from Munich High in Germany. The family then immigrated to Ontario, Canada. Roman had to take an Americanization course to be granted a certificate from the Professional Testing Board and was certified as a Huculian Sculptor. He had told his wife that it meant he was a wood burner. In the 1960s, Roman returned to school and graduated with a certificate in mechanical drafting. Roman did mechanical drafting and machine design with such companies as Bendix, where he designed miniature tools, and Construction Aggregate Corporation, where he oversaw the design and production of port dredges. At CAC, Roman moved into civil engineering and purchasing. He moved to Florida in 1978. Roman met his future wife, Patty, while working at Jensen in Florida and they were married on November 30, 1985. They moved first to New Hampshire and then to the North Shore in 1997. Roman and Patty were caretakers at Glen Magna in Danvers, living in the gardener’s cottage for five years. Vacations for Roman were occasions for world travel. He enjoyed sharing the world with Patty. Roman is survived by his wife Patty, his nephew Zenon, his niece Rosanna, and his former wife Oksana. His father was Joachim Chrystycz, who was Ukrainian and an anti-communist publisher. Roman’s mother was Wiera Czeremniw, whose father was a prosecutor for the Czar. They lost everything during the Communist Revolution but it set in motion the chain of events that led the family to the US. Visiting hours will be Monday, November 2, 2015 in C.R. Lyons & Sons Funeral Directors, 28 Elm St., Danvers Square from 5-7PM and will conclude with a special remembrance at 6:45PM. Relatives and friends are invited. Roman’s burial will be private. In lieu of flowers, donations may be made to Marymac Missions, 202 Haverhill Rd., Topsfield, MA 01983 or the UNICEF Refugee Fund, 125 Maiden Lane, New York, NY 10038.

The family of Roman Chrystycz created this Life Tributes page to make it easy to share your memories.