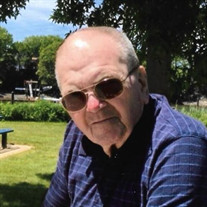 Dr. Robert J. Kellard, 83, died Thursday, August 1, 2019 at the Kaplan Family Hospice House in Danvers surrounded by his family. He was the husband of Mary (Galvin) Kellard, with whom he shared fifty-eight years of marriage. Born and raised in Boston, he was the son of the late Robert and Margaret (Cody) Kellard. He graduated from Mission High School and went on to receive his bachelor’s degree from Boston College in 1957. He was a 1961 graduate of the Tufts University School of Medicine. Dr. Kellard served in the U.S. Army during the Vietnam War with the 173rd Airborne Brigade in the Central Highlands of Vietnam. Dr. Kellard began his practice as a physician in Danvers in 1963. He was an emergency physician at Hunt Memorial Hospital until his retirement in 2000 and was happiest at Hunt working with a dedicated staff, helping the sick and injured who came to him for his expert care. For many years, he served as Emergency Room Director. He was instrumental, along with Lyons Ambulance Service, the Danvers Police and Fire Departments, and the other departments at the hospital in establishing the first Trauma Center north of Boston. He was a great supporter, advocate, and teacher to local EMS professionals and was a major proponent of bringing advanced life support to local emergency medical services. He was a member of the Mass Medical Society and a charter member of the American College of Emergency Physicians. He served the local community for many years as a member of the Danvers Board of Health. He also coached for many years in the Danvers National Little League and was a past president of Danvers Youth Hockey. Dr. Kellard’s family would like to thank his special caregivers from First Light Home Care for the loving care he received from them during the course of his illness. In addition to his loving wife, he leaves five sons, Robert Kellard and his wife Libby of Danvers, Patrick Kellard and his wife Sarah of Florida, Tim Kellard of Wakefield, John Kellard and his wife Alana of Middleton, and Kevin Kellard and his wife Monica of Attleboro. He also leaves his seven grandchildren, Kasey, Kylie, Kourtney, Meghan, Alyssa, Jordan, and Delaney. His Funeral Mass will be celebrated on Wednesday, August 7, 2019 at 10AM in Saint Richard Church, 90 Forest St., Danvers. Burial will follow in Annunciation Cemetery, Danvers. Relatives and friends are invited. Visiting hours are Tuesday from 4-8PM in C.R. Lyons & Sons Funeral Directors, 28 Elm St., Danvers Square. In lieu of flowers, donations may be made to the Danvers People-to-People Food Pantry, P.O. Box 2076, Danvers, MA 01923 or the charity of your choice.

Dr. Robert J. Kellard, 83, died Thursday, August 1, 2019 at the Kaplan Family Hospice House in Danvers surrounded by his family. He was the husband of Mary (Galvin) Kellard, with whom he shared fifty-eight years of marriage. Born and raised... View Obituary & Service Information

The family of Dr. Robert J. Kellard created this Life Tributes page to make it easy to share your memories.