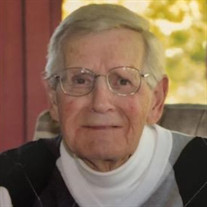 DANVERS- Robert Francis Coleman, 92, passed away peacefully on December 31, 2020. He was a very kind and beloved husband of the late Barbara Christine (Newlin) (Potter) Coleman for 39 years. Robert was born in Arlington in 1928 to the late Cornelius and Dorothy Beiler Coleman. He was a graduate of Arlington High School in 1946, attended Newman Prep School and graduated from Tufts University majoring in Mechanical Engineering in 1957. He served his country overseas in Japan and Korea with the U.S. Army during the Korean War. He was employed by the United Shoe Machinery Corporation for many years in Research and Development and in Automatic Stitching Machines, and later retired from McPherson, Inc. of North Carolina. He was especially attracted to automobile racing, bicycle racing, tennis, football, and track and field sports. He was an avid runner year round until his mid-eighties, a TV mystery fan and enjoyed the Friday morning coffee meetings with his Mall Club cohorts at the North Shore Mall. He regularly volunteered his time through All Saints Episcopal Church at the homeless shelter, Life Bridge, in Salem. Robert was a thoughtful gentleman, a loving and caring father and grandfather to all his family. He is survived by a daughter Pamela Hebert of Hamilton, MA, a son Christopher Coleman of Danvers, MA, a daughter Laurie Marshall of Topsfield, MA, a step-son, Christopher Potter of Kingsport, TN, a step-son and daughter-in-law Nathaniel and Lesley Li Yun Potter of Glastonbury, CT, and a step-son and daughter-in-law, Bradford and Linda Potter of Waterville, ME, a sister and brother-in-law, Judy and Philip Herderhurst of Arlington and many nieces and nephews. He also leaves his beloved grandchildren, of whom he was so proud, Haley Hebert of Chicago, IL, Hannah and Noah Hebert of Hamilton, Joshua Marshall of Montpelier, VT and Emma Marshall of Boston, MA and Catherine Coleman of Newton, NH. He was predeceased by two brothers John Coleman, Richard Coleman and three sisters, Ruth Fitzpatrick, Helen Levesque and Virginia Bennett. A celebration of life will be held at All Saints Episcopal Church, Danvers to be announced at a later date. In lieu of flowers remembrances may be made in Robert’s name to All Saints Episcopal Church, P.O. Box 393, Danvers, MA, 01923 or to NAMI, www.NAMI.org.

DANVERS- Robert Francis Coleman, 92, passed away peacefully on December 31, 2020. He was a very kind and beloved husband of the late Barbara Christine (Newlin) (Potter) Coleman for 39 years. Robert was born in Arlington in 1928 to the late... View Obituary & Service Information

The family of Robert F. Coleman created this Life Tributes page to make it easy to share your memories.