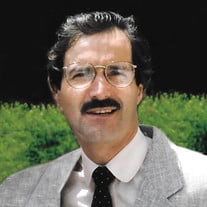 Richard H. Iovine, 65, died early Wednesday morning, October 16, 2019. He was the loving husband of Billie M. (Nimblett) Iovine, with whom he shared nearly forty years of love and partnership. Born in Boston on May 22, 1954 to Michael and Agnes (Taylor) Iovine, Richard was raised and educated in Somerville and was the valedictorian of Somerville High School in 1972. He went on to graduate from Harvard College with a degree in biology in 1976. A natural caregiver, Richard was employed for more than thirty years as an EMT, paramedic, and supervisor at Lyons Ambulance Service. He was a skilled practitioner and a gifted teacher and preceptor, helping new paramedics gain the skills and confidence required in their field. He was an outspoken advocate for pre-hospital ambulance care and was one of a core group responsible for bringing advanced life support services to the North Shore. In the aftermath of Hurricanes Katrina and Rita, Richard volunteered for service after the gulf coast was devastated, and served in East Texas for six weeks, working alongside local EMS providers to help underserved populations. In 2003, the American Ambulance Association recognized him for his years of service and commitment to EMS with its “Star of Life” Award. In addition to his wife, he leaves two step-sons, Christopher Tavares and his wife Amy of Franklin, TN and Michael Tavares and his wife Nicole of Danvers, six grandchildren, Lily, Parker, Harrison, Nicholas, Matthew, and Timothy, his sister, Michele Davis and her husband Joe of Marblehead, his brother Michael Iovine and his wife Mary-Lou of Houston, TX, and several nieces and nephews. He was predeceased by his loving sister, Pamela Richard. His Funeral Service will be on Saturday, October 26, 2019 at 11AM in the Danvers Church of the Nazarene, 181 Dayton St., Danvers. Relatives and friends are invited. Visiting hours are Friday, October 25, 2019 from 4-7PM in C.R. Lyons & Sons Funeral Directors, 28 Elm St., Danvers Square. In lieu of flowers, donations in Richie’s name may be made to Special Olympics, 512 Forest St., Marlborough, MA 01752.

Richard H. Iovine, 65, died early Wednesday morning, October 16, 2019. He was the loving husband of Billie M. (Nimblett) Iovine, with whom he shared nearly forty years of love and partnership. Born in Boston on May 22, 1954 to Michael and... View Obituary & Service Information

The family of Richard H. Iovine created this Life Tributes page to make it easy to share your memories.