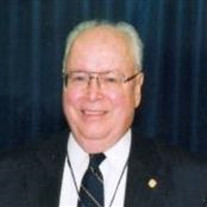 CDR Richard Gamble, USCGR (Ret.), 86, an educator, computer systems analyst, and decorated military officer, passed away peacefully on August 17, 2018 in Alexandria, Virginia. The son of Charles Collin Gamble and Hazel (Hammond) Gamble, he was born on October 29, 1931 in New Bedford, Massachusetts. He was a graduate of the University of Massachusetts (B.A. 1958) and Bridgewater State University (M.Ed. 1962). Richard held a variety of jobs starting at a very early age, including delivering newspapers, working on a farm, and ushering at a movie theater. He loved going to the YMCA, exercising, swimming, and attending summer camp. Because he was eager to use the G.I. Bill to further his education, he enlisted in the U.S. Army in 1952 prior to being drafted. He served as a court reporter in the Judge Advocate’s office in Taegu, South Korea. Following his graduation from the University of Massachusetts, he taught social studies in Fairhaven, MA and New Bedford, while also pursuing a career in the military. CDR Gamble received a direct commission to the U.S. Coast Guard Reserves in 1960. A training officer who specialized in marine safety, port security, and information technology, CDR Gamble was particularly proud of the successes of all of his students. He was highly commended for developing and conducting a number of successful pilot training programs in Maine and Massachusetts. CDR Gamble was called to active duty as a special projects officer at Coast Guard headquarters from 1981 to 1985 and continued to work there in a civilian capacity as a computer systems planner until his retirement in 2008. He was a member of the Reserves Officers Association, the U.S. Coast Guard Academy Alumni Association, Saint Luke’s Episcopal Church in Alexandria, the Washington National Cathedral, and Masonic Lodge Quittacus in New Bedford. He is survived by his beloved wife of 30 years, Mary Ann (Varoutsos) Gamble, and his son, Philip C. Gamble and his wife, Joji. He is also survived by his brother, Robert H. Gamble of Fall River, MA; his sisters, Barbara Santos of New Bedford, and Patricia Sherman of Fairhaven; his nieces, Miriam Riding and Barbara Jo Gage; their loving families; and many other nieces and nephews. CDR Gamble was predeceased by his first wife, Madeleine (Cooper) Gamble; his brothers Donald C. Gamble and Henry H. Gamble; and his sisters Hazel Damazo and Miriam Silva. He will be missed by all who knew him for his loving spirit, kindness, bravery, strength, humor, and generosity. He was a man of great honor and integrity, having great love for his country, his faith, and his family. Rick’s family would like to thank the caregivers who were so kind and caring to him during his recent illness. A Celebration of Life was held at St. Luke’s Episcopal Church in Alexandria, VA on Tuesday, August 21, 2018. His Graveside service will be held at 1:30PM on Friday, August 24, 2018 in Walnut Grove Cemetery, 30 Sylvan St., Danvers. Visitation will be held one hour prior to the graveside on Friday, starting at 12:30PM at C.R. Lyons & Sons, Funeral Directors, 28 Elm St., Danvers. Memorial contributions may be made in Richard’s name to: Coast Guard Mutual Assistance, 1005 N. Glebe Road, Suite 220, Arlington, VA 22201, www.cgmahq.org; The Parkinson’s Foundation, 1359 Broadway, Suite 1509, New York, NY 10018, www.parkinson.org.

The family of CDR Richard Gamble USCGR created this Life Tributes page to make it easy to share your memories.