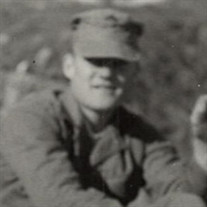 Richard N. Clary, 84, died Thursday evening, August 13, 2020 at his home in Lynn. Born in Salem on Nov. 22, 1935, he was the son of the late James and Kathleen (Shea) Clary. He was raised and educated in Salem and Danvers schools and was a 1954 graduate of Holten High School. He then served honorably in the U.S. Marine Corps until 1957, being stationed in North and South Carolina and Japan. He earned his Bachelor of Science in industrial technology from Northeastern University where he was a member of the Sigma Epsilon Rho Honor Society and an MBA from Suffolk University. He also graduated from the Mass School of Radio and Television. Mr. Clary held a state master technician’s license and was a partner in Masters TV Service. He worked for GTE Sylvania at the Loring Ave. plant in Salem as a manufacturing foreman retiring after 32 years of service. He was also a well-known musician, specializing in guitar and banjo playing at a variety of venues both in and out-of-state. Among the famous he entertained were Guy Lombardo and Elizabeth Montgomery. Mr. Clary also taught economics at Salem State College for several years. He was on the board of directors of the North Shore Musicians Association and was a past-president of the Professional Musicians Club. He was a member of the AMVETS, the American Legion, the Marine Corps League, the Mayflower Society, and the Pilgrim John Howland Society. He leaves his wife, Barbara F. (Urquhart) Clary, his four sons, Robert Clary and his wife Sarah of Gloucester, Brian Clary of Lynn, Kevin Clary and his wife Gina of Peabody, and Michael Clary and his wife Michelle of Florida, nine grandchildren, 2 great-grandchildren, his sister, Sue Scully of Salem, and several nieces and nephews. He was predeceased by his brother, James Clary, Jr. Visiting hours are Thursday, August 20, 2020 from 4-7PM in C.R. Lyons & Sons Funeral Directors, 28 Elm St., Danvers Square. Graveside Services are Friday, August 21, 2020 at 11AM in Central Cemetery, Beverly. All attendees are required to wear face coverings, practice social distancing, and are respectfully asked for no physical contact with the family. In lieu of flowers, donations in Mr. Clary’s memory may be made to the MSPCA, 350 S Huntington Ave., Boston, MA 02130. For directions or to leave a message of sympathy, please visit www.LyonsFuneral.com.

Richard N. Clary, 84, died Thursday evening, August 13, 2020 at his home in Lynn. Born in Salem on Nov. 22, 1935, he was the son of the late James and Kathleen (Shea) Clary. He was raised and educated in Salem and Danvers schools and was... View Obituary & Service Information

The family of Richard N. Clary created this Life Tributes page to make it easy to share your memories.