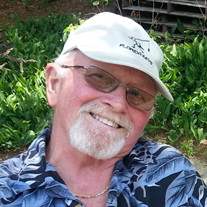 Raymond C. Gerry, 71, of Kingston, NH, died early Sunday morning, June 17, 2018 surrounded by his beloved family. He fought a courageous battle with Leukemia. He was the loving husband of Catherine M. (Conceison) Gerry, with whom he shared 28 years of marriage. Born in Lynn on Dec. 1, 1946, he was the son of Mary (Pearson) Gerry of Lynn and the late Raymond C. Gerry Sr. He was raised and educated in Lynn and was a graduate of Lynn Vocational High School. He then served honorably in the U.S. Marine Corps during the Vietnam War. Ray was employed for 31 years with New England Copy Specialists Woburn until the time of his retirement in 2016. A Topsfield resident for more than forty years, Ray was a former constable and served on the Zoning Board of Appeals. He also served on the Topsfield Fire Department and Police Department. He had been an EMT with Lyons Ambulance Service. He enjoyed golfing and fishing. He was a member of the Country Pond Fish and Game Club, Newton. He was also a member of the American Legion Post 34 Plaistow, and the VFW Post 1088, Kingston. He was known as “Papa” to his three beautiful granddaughters, who he adored. In addition to his wife and mother, he leaves two daughters, Colleen Eastwood and her husband Kevin of Windham, NH, and Christine Kilgore and her husband Daniel of Newton, NH, three granddaughters, Cassandra and Cadence Eastwood, and Isabelle Kilgore, two sisters, Joan Baker of Lynn and Elizabeth Tabor and her husband Robert of Hudson, NH, and several nieces and nephews. He was predeceased by a brother, Charles Gerry. His Funeral Service will be Thursday, June 21, at 10AM in C.R. Lyons & Sons Funeral Home, 28 Elm St., Danvers. Burial will follow in Pine Grove Cemetery, Topsfield. Visiting hours are Wednesday from 4-8PM in C.R. Lyons & Sons Funeral Home, 28 Elm St., Danvers Square. In lieu of flowers, donations may be made to Dana Farber Cancer Institute in memory of Raymond; PO Box 849168 Boston, MA 02284 or via www.dana-farber.org/gift.

Raymond C. Gerry, 71, of Kingston, NH, died early Sunday morning, June 17, 2018 surrounded by his beloved family. He fought a courageous battle with Leukemia. He was the loving husband of Catherine M. (Conceison) Gerry, with whom he shared 28... View Obituary & Service Information

The family of Raymond C. Gerry Jr. created this Life Tributes page to make it easy to share your memories.