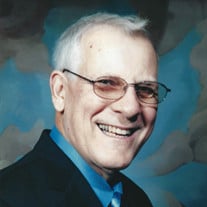 Peter R. Duncan, 83, died Thursday evening, July 25, 2019 at his home in Danvers following a period of declining health. He was the husband of the late Ellen (Carew) Duncan, who predeceased him in 2004. Born in Danvers on July 9, 1936, he was the son of Earle and Agatha (Lannon) Duncan. He was raised and educated in Danvers and was a 1954 graduate of Holten High School, where he played hockey and baseball, a sport he continued to play in Danvers’ famed Twi League for several years. Following his graduation from Holten High, he completed a post graduate year at Hebron Academy. He studied at Tufts University before receiving his degree from Salem State College. Following his honorable discharge from the U.S. Army, Peter returned to Danvers and worked as a general contractor throughout the North Shore and southern New Hampshire until his retirement. A founder of Danvers Youth Hockey, Peter was an inductee into the Danvers Blue & White Hall of Fame. He was a longtime member of the Polish Club in Danvers and the West Beach Association, and he enjoyed spending time on Nantucket for many years. He was a beloved member of the St. Richard Parish worship community. Peter looked forward to monthly meetings of the “Board of Directors” at Sylvan Street Grille. He leaves his children, Susan Duncan and her husband Gregory Foster of Danvers, Stephanie Lawrence of Salem, Sarah Corcoran of Peabody, Christopher Duncan of San Diego, and Peter Duncan, Jr. of Montpelier, VT, four grandchildren, Shauna Corcoran, Duncan Lawrence, Devin Lawrence, and Lila Duncan, his sister, Martha Duncan of Cape Elizabeth, ME. He also leaves his loving extended family, Jenny and Adam Churchill and their children Bryn and Brigid, and Suzanne Cahill and Matthew Churchill and their children Una and Finn, and Riley Turner. He was predeceased by his loving companion, Donna Cahill. His Funeral Mass will be celebrated on Friday, August 2, 2019 at 10AM in Saint Richard Church, 90 Forest St., Danvers. Burial will follow in Annunciation Cemetery, Danvers. Relatives and friends are invited. Visiting hours are Thursday from 4-8PM in C.R. Lyons & Sons Funeral Directors, 28 Elm St., Danvers. In lieu of flowers, donations may be made to Saint Richard Parish, 90 Forest St., Danvers, MA 01923 or the Danvers People-to-People Food Pantry, P.O. Box 2076, Danvers, MA 01923.

Peter R. Duncan, 83, died Thursday evening, July 25, 2019 at his home in Danvers following a period of declining health. He was the husband of the late Ellen (Carew) Duncan, who predeceased him in 2004. Born in Danvers on July 9, 1936, he... View Obituary & Service Information

The family of Peter R. Duncan created this Life Tributes page to make it easy to share your memories.