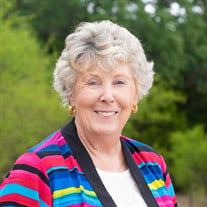 Patricia Ann (Murphy) Linehan, age 76, passed away August 13, 2021, a resident of SA since 1982. She was born and grew up in Danvers, MA where she met, fell in love with, and married Jim Linehan in 1967 after graduating from Merrimack College in Boston. Pat was a devoted mother to her three children by being their schoolroom mother, PTA president and ubering them to their various after school activities. Over the years, Patricia was a social worker, a teacher, and was employed by the Girls Scouts before working within the insurance industry. Since retirement she enjoyed spending time with her grandchildren as well as traveling with Jim, here and abroad from Australia to Africa and many places in between. Her loyal dogs, Maggie and then Daisy, provided continual companionship the last few years. She enjoyed walking and taking care of them each and every day. Patricia and Jim lived in Massachusetts and Delaware before relocating to Texas in 1974. In Texas, they lived in Brownsville, Houston, Humble, and eventually moved to San Antonio in 1982. She enjoyed watching her kids compete in sports and also volunteered for everything from being a Den Mother to attending school field trips. Patricia was also an avid sports fan, and she loved the San Antonio Spurs and Texas A&M Aggies. She was the greatest mother and grandmother. Patricia was preceded in death by her husband, Jim Linehan; parents, Joe and Catherine Murphy; and brother, Frank Murphy. Patricia is survived by her son Jim Linehan, Jr. and wife Catherine; daughter Jenna Tebo and husband Chris; son Joe Linehan and wife Stephanie; grandchildren, Elizabeth, Abby, and Andrew Linehan; Kyla and Caleb Tebo; and McCoy Linehan, to be born in October. Patricia’s Divine Mercy and Funeral Mass were held on Thursday, August 19th at St. Padre Pio Catholic Church (3843 Bulverde Pky, San Antonio, TX 78259) in San Antonio. Visitation will be held from 10:30-11:30AM followed by a Rosary service at 11:30AM and Memorial service to begin at 12:00PM on Wednesday, August 25, 2021 at C.R. Lyons & Sons, Funeral Directors, 28 Elm St., Danvers. Burial will follow in Saint Mary Cemetery, Sylvan St, Danvers.

Patricia Ann (Murphy) Linehan, age 76, passed away August 13, 2021, a resident of SA since 1982. She was born and grew up in Danvers, MA where she met, fell in love with, and married Jim Linehan in 1967 after graduating from Merrimack College... View Obituary & Service Information

The family of Patricia Ann Linehan created this Life Tributes page to make it easy to share your memories.