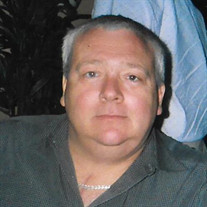 Neal B. Citroni, 61, died early Tuesday morning at Salem Hospital following a period of declining health. He was the beloved husband of Mary Ann (Jaglowski) Citroni, with whom he shared 39 years of marriage. Born in Beverly on January 21, 1955, he was the son of the late Dominic and Catherine (Connolly) Citroni. He was raised and educated in Danvers and was a graduate of Saint John’s Preparatory School, Class of 1973. He went on to become the first man to graduate from the Salem Hospital School of Nursing in 1977. In a career dedicated to service to others, Neal was employed as a registered nurse at numerous hospitals on the North Shore and in greater Boston, including Hunt Memorial Hospital, Melrose-Wakefield Hospital, Cambridge City Hospital, and Anna Jacques Hospital. He was also employed as a Nahant Police Officer, a call firefighter/EMT for the Wenham Fire Department, and an EMT-I at Lyons Ambulance Service, where he was among the first to bring advanced life support to the North Shore. For the last six years, Neal had been employed as a dispatcher with the Peabody Police Department. A lifelong Danvers resident, Neal was a longtime member of the Knights of Columbus, Thomas E. Power Council #1505. His two adoring cats, Simon and Isabella, will miss him terribly. In addition to his wife, he leaves his children, David Citroni and his wife Jessie Zuberek of Beverly, Beth Citroni of Brooklyn, NY, and Stefanie Citroni of Florida, a brother, Mark Citroni and his wife Sheila of CT, two sisters, Ruth Richardson and her husband Peter and Faith Yablonski and her husband Joe, all of NH, his mother-in-law, Anna Jaglowski of Salem, his sister-in-law, Jane Letarte and her husband Larry of Lynn, and many nieces and nephews. Visiting hours are Sunday, June 5, 2016 from 4-7PM in C.R. Lyons & Sons Funeral Directors, 28 Elm St., Danvers Square. The visitation will conclude with a funeral service at 7PM. In lieu of flowers, donations in Neal’s memory may be made to the Danvers People-to-People Food Pantry, P.O. Box. 2076, Danvers, MA 01923 or the American Kidney Fund, 11921 Rockville Pike, Suite 300, Rockville, MD 20852.

Neal B. Citroni, 61, died early Tuesday morning at Salem Hospital following a period of declining health. He was the beloved husband of Mary Ann (Jaglowski) Citroni, with whom he shared 39 years of marriage. Born in Beverly on January 21,... View Obituary & Service Information

The family of Neal B. Citroni created this Life Tributes page to make it easy to share your memories.