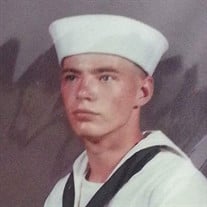 Milton Ronald "Butch" DeBarge Jr, 69, of Orland, ME passed away peacefully in his family home early Sunday morning, October 30, 2016 surrounded by his loving family, friends and beloved dogs. Milton, also known as Butch, a nickname given to him by his grandmother, is survived by his lifelong best friend of 46 years, Cheryl DeBarge, his loving children: Tina StClair and Sheila Graham of MA, Edward DeBarge and partner Serena Lane, Rhonda and husband Shawn Baker of ME. Milton is also survived by brothers James Saulnier, Raymond Saulnier and friend Vicky Nazzaro, Scott and wife Darlene Saulnier, and sisters Donna and husband Darrell Moore, Sarah and husband Timothy Mercier, and Fran and husband Randy Williams, his grandchildren Kendal Dyer Jr. and partner Jessica Spencer, Joshua Baker and partner Paige Deroche, Ashley Baker, Andre, Dominic and Jasmyne DeBarge, Sean Gibbons, Kelly Wildie, Dameon Freeman and Travis Nolin. Milton was originally from Middleton and attended Masconomet Regional High School before joining the Navy serving on the USS Vulcan during the Vietnam War. After his service, he became a mechanic but always a ‘jack of all trades but a master of none’ as he would say. Milton was an avid social butterfly belonging to the American Legion, The Elks and the Italian Club of MA. He had a great admiration of all fellow service men and women. Milton will always be remembered for his strong love of family and friends, his witty sense of humor and who could forget his famous one liners. Milton was predeceased by his loving parents Glady and Robert Saulnier, and Ronald and Elizabeth DeBarge and his precious son Robert James DeBarge. The family would like to give thanks the VA and Hancock County Hospice team, Kate, Jan, Linda, Mary Carol, Dede, Clayton and Carl for all there loving care. A Graveside Service will be Wednesday, November 9, 2016 at 10AM in Oakdale Cemetery, Maple St., Middleton. Relatives and friends are invited. Visiting hours are Tuesday from 6-8PM in C.R. Lyons & Sons Funeral Directors, 28 Elm St., Danvers Square. Online condolences and directions are available at www.LyonsFuneral.com.

The family of Milton "Butch" DeBarge created this Life Tributes page to make it easy to share your memories.

Milton Ronald &quot;Butch&quot; DeBarge Jr, 69, of Orland, ME passed away...