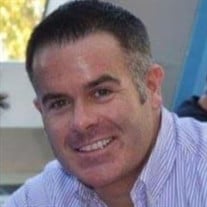 TOPSFIELD/ SCARBOROUGH, ME- Michael James Sharry, 40, passed away on April 6, 2022. Born in Salem on May 21, 1981, he was the son of Kathleen (Wilson) Sharry and the late James J. Sharry, Jr. Michael was raised and educated in Topsfield and graduated from Masconomet High School in 2000. He received his bachelor’s degree from Endicott College. Michael had been employed as a registered respiratory therapist for several years. He had received his training from North Shore Community College. Michael served our country with the United States Army and was honorably discharged in 2014. He served as a combat engineer “sapper” in Iraq and Afghanistan. Michael’s military service was pivotal, and he was honored and grateful for the experiences it presented him. He attended the University of New England to study as a physician’s assistant. He was currently working on his master’s degree at the University of Southern Maine for public health, in which he was hoping to assist in the VA hospitals. In addition to his mother, Kathleen, he is survived by his siblings Meghan D’Ambrosio and her husband, Adam of Topsfield, Kevin Sharry and his wife, Marisa of Lynn, his nieces and nephews, Frannie, Rocco, Gabriella and Anthony, his aunts and uncles, Gayle and Steve Beauchesne, Michael and Carol Wilson and Maryjane Wilson, his cousins, Justin and Krystin Beauchesne, Allison and Matt Fazekas, his best friend and devoted dog, Winston, many military buddies and extended family. His Funeral Mass will be celebrated at 11AM on Wednesday, April 20, 2022, in Saint Mary of the Annunciation Church, 24 Conant St., Danvers. Visitation will be held from 4-7PM on Tuesday, April 19, 2022, at C.R. Lyons & Sons, Funeral Directors, 28 Elm St., Danvers. His burial will be held privately in the Mass. National Cemetery at a later date. In lieu of flowers donation may be made in Michael’s name to Wounded Warrior Project, PO Box 758516, Topeka, KS 66675-8516 or www.woundedwarriorproject.org.

TOPSFIELD/ SCARBOROUGH, ME- Michael James Sharry, 40, passed away on April 6, 2022. Born in Salem on May 21, 1981, he was the son of Kathleen (Wilson) Sharry and the late James J. Sharry, Jr. Michael was raised and educated in Topsfield and... View Obituary & Service Information

The family of Michael James Sharry created this Life Tributes page to make it easy to share your memories.