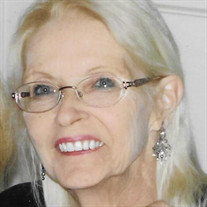 BEVERLY- Mary Judith "Judi" (Watson) Talbot passed away July 2, 2020 surrounded by her loving family after a long courageous battle with cancer. Judi was born in Ipswich, Mass., the daughter of the late Roy E. Watson and Marguerite "Peggy" (Scahill) Watson. Judi grew up in Salem, spending many days by the water in her family home on Memorial Drive near Salem Willows until moving to Beverly where she raised her family in their Ryal Side home. Her summers as a child were spent in Cape Cod with her parents where she would later bring her own family for many years to come. She graduated from Bishop Fenwick High school and attended college courses at Salem State University. She held a real estate license and worked multiple positions within the medical field both at Hunt Memorial Hospital and Beverly Hospital until her first battle with cancer. Her later years were then spent working at the Hardcover restaurant where she made many friends before falling ill again. She was a loving wife, mother, grandmother and great-grandmother who was very proud of her family. She enjoyed spending time with family and friends, watching NASCAR, knitting, ceramics, camping and shopping. She was a talented and strong woman who will be deeply missed. Surviving Judi are her children Steven M. Talbot, Tara Talbot, Troy Talbot and his wife Amy, her grandchildren Kelsey, Zachary, Devyn, Derek, Audrey and Jack Talbot and her great-granddaughter Kaelyn Talbot, her former husband Steven A. Talbot and his wife Adriane and many cousins, aunts and uncles. Visitation for Judi will be held on Wednesday, July 8, 2020 from 6-8PM in C.R. Lyons & Sons, Funeral Directors, 28 Elm St., Danvers. All attendees are required to wear face coverings, practice social distancing, and are respectfully asked for no contact with the family. In lieu of flowers donations may be made in Judi’s name to American Cancer Society, PO Box 22478, Oklahoma City, OK 73123. Online directions and condolences are available at www.LyonsFuneral.com

The family of Mary "Judi" Talbot created this Life Tributes page to make it easy to share your memories.