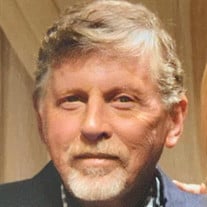 Martin J. “Marty” Walsh passed away Monday, June 1, 2020, at The Villages Hospice house in The Villages, Florida after long illness. Marty was the husband of the late Susan (Conley) who he shared 31 years of marriage with. He was 73 years old. Son of Dorothy M (Lessor) and the late John V. “Jack” Walsh, Marty was born and raised in Salem, MA. Marty graduated from Bishop Fenwick High School, Class of 1965. Like his father Jack, he started working at General Electric in Lynn and retired in 2005 after 37 years of service. He worked in many buildings at GE throughout the years, but the last several years of his career he served as Lead Hand Inspector in GE Aircraft. Marty and Susan married in 1980 and moved to Danvers where they shared many happy years. In 2005, they moved to the Villages in Florida and enjoyed many years together there enjoying golf, concerts, and socializing with the community. A totally devoted husband, Marty served as Susan’s caregiver when she fell ill and fought her own battle with cancer. Throughout Marty’s life he had many hobbies and was an avid outdoorsman, enjoying fly fishing and skeet shooting. Marty loved sports, especially his beloved New England Patriots. Most of all, his favorite hobby was music. As a young man he heard Buddy Holly and saw Elvis Presley on the Ed Sullivan Show. After hearing this new found music called “Rock and Roll” Marty took up the guitar and was hooked for life. In high school, he was in local bands, including the “Swinging Shufflers,” and in his adult life Marty became a storyteller and a troubadour. Marty wrote over 200 songs in his lifetime as a hobby. He was a very gifted guitarist and an accomplished songwriter. The songs he wrote for his late wife Susan were his most prized possessions. Marty is survived by his mother Dorothy Walsh of Salem, MA, his sister Kathleen Turner and her husband Robert of Merrimac, MA, his son Kenneth M. Walsh and his wife Melody of Atkinson NH, his step-daughter Christine Masiello and her husband Carmine of Amesbury, MA, his step-son Garry Tilton and his wife Samantha of Matthew, North Carolina, his grandchildren Janelle Labrie and her husband Chad of Groveland MA, Joanna Long and her husband Mark of North Andover, MA, Megan Walsh of Atkinson, NH, Carmine Masiello and his wife Aubrey of Arlington, MA, Casey Masiello of the state of Washington, Benjamin Tilton, and Max Tilton. Great grandchildren Bradley Labrie, Madison Labrie, Killian Masiello, and nephew Owen Devine and his wife Kerry of Uxbridge, MA. Due to the restrictions of coronavirus, funeral services are private. A celebration of Marty’s life will be held at a later date. Donations in Marty’s memory may be made to St Judes Children’s Research Hospital, P.O. Box 474, Memphis, TN 38101-9958.

Martin J. &#8220;Marty&#8221; Walsh passed away Monday, June 1, 2020, at The Villages Hospice house in The Villages, Florida after long illness. Marty was the husband of the late Susan (Conley) who he shared 31 years of marriage with. He was... View Obituary & Service Information

The family of Martin J. Walsh created this Life Tributes page to make it easy to share your memories.