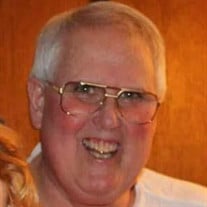 Mark F. Donelan, 65, passed away on May 3, 2020 after battling a period of declining health at North Shore Medical Center in Salem. Born in Waterbury, CT on October 11, 1954, he was the son of the late John J. and Ann-Jean (Buckley) Donelan, Jr. He was raised and educated in Manchester and graduated in 1972 from Manchester-Essex Regional High School. He continued his education at UMass Lowell, studying meteorology and received a bachelor’s degree in business administration. It was there that he met his devoted wife, Kelly. Mark had a strong work ethic. As a teen, he was a caretaker at Coolidge Point. He worked for many years in sales at plumbing and heating supply businesses and for several years, until very recently, he worked as an inside sales representative for Avon Supply in Wakefield. Special thank you to Mark's boss, Bob Berman for his patience and kindness. Mark spent his summers at 3rd Cliff in Scituate. He loved spending time with his family and friends, his weekend dinners with his wife, Irish twin Nancy and brother-in-law, Charlie. He loved to reminisce about everything. Mark loved boating, fishing and swimming, the 4th of July, and St. Patrick's Day. He loved any excuse to have a party. He was a big supporter of his brother John's music and bands. Mark especially loved spending almost every weekend for many years with his best friends, the Marenghi Family. He was a know-it-all weatherman and your own personal human map. He loved to go anywhere there was water and enjoyed spinning the beach and traveling to Maine, New Hampshire, and Florida with his wife every year. Mark was everybody's go to guy for event tickets. He took pride in stocking up on whatever concert or sporting event tickets he could get his hands on. He went to many concerts every year. He was a New England Sports fan and spent most days watching whatever hockey, baseball, football games or their re-runs on TV. Mark watched the Bruins win the Stanley Cup on the date of his death 50 years ago. He loved seeing the Red Sox win the World Series with his daughter Amy. Mark played hockey as a child, made his own rinks in his garage to play with his siblings, played in a pickup league into his 40's, and spent many years in the rink watching his son play hockey and attending several Bruins games each year. Mark was a proud father and grandfather. He loved everything Irish, was a collector of Norwegian trolls, monkeys, and wooden nautical boats. Mark had many friends throughout his life. He had a bigger than life smile, sense of humor, and charisma. He was well known to his children's friends as Mr. D and always opened his door to anyone. Mark had a generous spirit and always made sure no child went without sports, a concert, a place to sleep, or a hot meal. Mark is survived by Kelly, his loving wife of 41 years, his son Mark and his wife Erica Donelan of Dracut, his daughter Amy and her husband Jeff Peabody of Danvers, his 4 granddaughters Abigail and Annabel Donelan and Lydia and Natalie Peabody, his sisters and their husbands, Mary-Jane and John Beach, Nancy and Charlie Sabanty, Susan and Danny Burke, Gael and Bob Tarleton, Karen Donelan and Dr. Philip Amrein, and his brother John J. Donelan III, his aunt Paula and John Buckley, and his uncle Tim Buckley, his in-laws Diane Mills, Glenn Tosi, and Dollee Mallare, many cousins, nieces, and nephews. Mark will be dearly missed by many friends and customers of Avon Supply. Mark's family would like to thank the staff at NSMC Pingree 4 for their compassionate care, kindness, respect, and love. Mark's visitation will be held on Friday, August 21, 2020 in C.R. Lyons & Sons Funeral Directors, 28 Elm St., Danvers Square. Optional visitation for vulnerable populations with underlying health conditions will be from 4-5PM. Public visitation will be from 5-7PM. All attendees are required to wear face coverings, practice social distancing, and are respectfully asked for no physical contact with the family. In lieu of flowers, expressions of sympathy may be made to The Danvers People-to-People Food Pantry, P.O. Box 2076, Danvers, MA 01923. Arrangements are by C.R. Lyons & Sons Funeral Directors, 28 Elm St., Danvers Square. For updated service information or to leave a condolence for Mark’s family, please visit www.LyonsFuneral.com.

Mark F. Donelan, 65, passed away on May 3, 2020 after battling a period of declining health at North Shore Medical Center in Salem. Born in Waterbury, CT on October 11, 1954, he was the son of the late John J. and Ann-Jean (Buckley) Donelan,... View Obituary & Service Information

The family of Mark F. Donelan created this Life Tributes page to make it easy to share your memories.