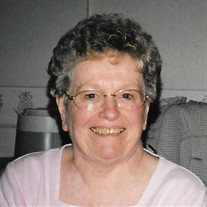 Margaret E. (Blades) Rutherford, 82, passed away on July 18 2019 in her home. She was the wife of the late Burnic Rutherford. Born in Peabody along with her identical twin sister Mary on September 7, 1936, she was the daughter of the Late Charles and Margaret (Andrews) Blades. She was raised and educated in Salem and often spoke fondly of her summers spent with family in Plymouth, MA. After graduating from Salem High School in 1954, she attended the Bay State Academy. Margaret went on to work for Pan Am Airlines as a reservationist. Taking advantage of the benefits of working for an airline, she traveled to many wonderful places, but her favorite place to spend time away was in Cape Cod where on a weekend visit with friends she met her husband, Burnic, with whom she spent 36 years of marriage until his death in 1998. Margaret also worked for many years at the former Ann & Hope and as a bus driver for the North Shore Technical High School, where she drove for over 20 years and met her close friend Elenore Brandley. In her later years she was an active participant in the Danvers Council on Aging doing volunteer work and attending many activities at the Danvers Senior Center. She loved working, was an avid reader, enjoyed going to the movies with her sister and most of all loved spending time with her grandchildren. Margaret had been a resident of Danvers for over 50 years and was a longtime communicant at Saint Richard Parish. She is survived by her two daughters, Susan Rutherford and her husband Michael J. Dascoli of Salisbury and Elizabeth Genovese of Danvers and her partner Joseph Vanella, her three grandchildren, Michael R. Dascoli and Alyssa and Anthony Genovese, her identical twin, Mary Cummings, nieces and nephews, Sheila Sullivan, Chuck Cummings and Kathy McBride and their families. Her Funeral Mass will be celebrated at 9AM on Wednesday, July 24 2019 In Saint Richard Church, 90 Forest St., Danvers. Burial will follow at 1:15PM on July 24, 2019 in the Massachusetts National Cemetery, Bourne. Visitation will be held from 4-7 PM on Tuesday, July 23, 2019 at C.R. Lyons & Sons Funeral Directors, 28 Elm St., Danvers. In lieu of flowers donations may be made in Margaret’s name to Meals on Wheels c/o North Shore Elder Services, 300 Rosewood Drive, Suite 200, Danvers, MA 01923. Online donations may also be made at www.nselder.org.

Margaret E. (Blades) Rutherford, 82, passed away on July 18 2019 in her home. She was the wife of the late Burnic Rutherford. Born in Peabody along with her identical twin sister Mary on September 7, 1936, she was the daughter of the Late Charles... View Obituary & Service Information

The family of Margaret E. Rutherford created this Life Tributes page to make it easy to share your memories.