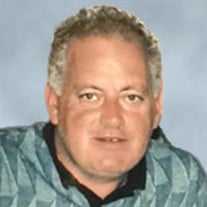 Kevin S. Flynn, 59, died suddenly at home on Friday, January 6, 2017. Born in Cambridge on July 17, 1957, he was the son of the late Bernard “Gus” and Alice (Doherty) Flynn. He was raised and educated in Cambridge and was a graduate of Matignon High School and Salem State College. Flynny was a retired court officer for the Massachusetts Trial Courts. For many years, he also worked as a bartender at Champion’s Pub in Peabody. He began his hockey coaching career in Peabody and came to Danvers to coach the Falcons in 1986. During his twenty-year tenure, he coached the Falcons through 279 wins, five Northeastern Conference titles, and Division 2 State Championships in 1994 and 2001. He was the proud father of Matthew Flynn of Danvers, brother of Bernard A. Flynn of Reading, Thomas Flynn of Belmont, and Nancy Chamberlain of England, former husband and dear friend of Kelly Durgin Flynn. Kevin was the beloved uncle of several nieces and nephews and leaves behind many cousins and friends. His Funeral Mass will be celebrated on Wednesday, January 11, 2017 at 9AM in Saint Mary of the Annunciation Church, 24 Conant St., Danvers. Relatives and friends are invited. Visiting hours are Tuesday from 4-8PM in C.R. Lyons & Sons Funeral Directors, 28 Elm St., Danvers Square. In lieu of flowers, donations in Flynny’s name may be made to the Danvers High School Hockey Boosters, P.O. Box 172, Danvers, MA 01923.

The family of Kevin S. Flynn created this Life Tributes page to make it easy to share your memories.