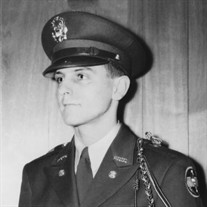 DANVERS-Joseph Peter Pennimpede passed away the morning of April 26, 2020 in Beverly, Massachusetts. Joe was born on March 24, 1933 in Morristown, New Jersey, the son of Pius Joseph Pennimpede and Mary Selling. He started in the ROTC Program at the Massachusetts Institute of Technology and graduated in 1954, earning degrees in Mechanical Engineering and Business & Engineering Administration. While attending college, he met the love of his life, Lois Ellen Lindberg of Arlington, and they were married on October 9, 1954. During over six decades of marriage, Joe never stopped taking care of his bride, and even now, continues to do so. After graduation, Joe completed the General Electric Management Training Program before he was called to active duty at Fort Devins, Massachusetts. He served in the Army and Army Reserves, achieving the rank of Captain. Joe is a Korean War Veteran, member of The Scabbard and Blade Society and The American Legion. Joe and Lois moved six times in the late 1950s with two small children, before permanently settling in Danvers, Massachusetts, to raise their growing family. Joe was also an accomplished engineer, who developed conceptual designs that were instrumental in the Apollo Space Program. He worked for both RCA and General Electric over the course of a 35+ year management career, before retiring in the 1990s. During his years in Danvers, Joe was actively involved with The American Cancer Society, youth affairs, The Peabody Institute Library, and assisting seniors. He became interested in town government and was elected to serve as a Selectman and Town Meeting Member. After retirement, he was also appointed to the Danvers Finance Committee. Retirement allowed Joe and Lois to travel, especially to Bermuda and Sanibel, Florida, their favorite destinations. Joe is survived by his wife of over 65 years, Lois and their four children: Ronald Pennimpede and his wife Mary; Lynne Ann Helmuth and her husband Paul; The Reverend Deborah Kunkel and her husband Gregory: Stephen Pennimpede and his wife Elisa. He is also survived by his brother Ronald Pennimpede of Morristown, New Jersey. Lovingly known as ‘Pa’ to the younger generations of the family, Joe has five grandchildren, six great grandchildren and one great-great grandchild. His funeral services will be announced at a later date, in lieu of flowers, please consider a donation to the Alzheimer’s Association, 309 Waverley Oaks Rd, Waltham, MA 02452 or the American Cancer Society, 125 S Huntington Ave, Boston, MA 02130 in Joe’s memory.

DANVERS-Joseph Peter Pennimpede passed away the morning of April 26, 2020 in Beverly, Massachusetts. Joe was born on March 24, 1933 in Morristown, New Jersey, the son of Pius Joseph Pennimpede and Mary Selling. He started in the ROTC Program... View Obituary & Service Information

The family of Joseph Peter Pennimpede created this Life Tributes page to make it easy to share your memories.