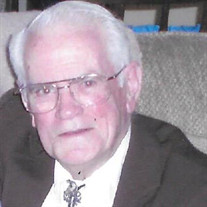 DANVERS- John W. Pinkham, Sr., 93, passed away on March 19, 2017 in Winchester Hospital. He was the husband of the late Shirley E. (Martin) Pinkham. Born in Boston on June 28, 1923, he was the son of the late William and Christine (O’Neil) Pinkham. John was raised and educated in Beverly and was a graduate of Beverly High School. He served his country during WWII with the United States Marine Corps and was honorably discharged. John had been a resident of Danvers since 1966. He enjoyed woodworking and tinkering in his shop. John had been employed as a crane operator for General Electric for 20 years, prior to retirement. He is survived by two sons, John W. Pinkham, Jr. of Danvers and Bruce Pinkham, Sr. and his wife Joanne of Peabody, seven grandchildren, John Pinkham III, Shannon Fisher, Michael Pinkham, Traci Shostak, Bruce Pinkham, Jr., Tiffany Stevenson and Brandon Pinkham, eleven great grandchildren and several nieces and nephews. He was predeceased by one half-brother. His Funeral Service will be held at 11AM on Friday, March 24, 2017 at C.R. Lyons & Sons, Funeral Directors, 28 Elm St., Danvers. Burial will follow in Greenlawn Cemetery, Salem. Visitation will precede the service on Friday from 10AM-10:45AM in the funeral home. In lieu of flowers, donations may be made in John’s name to the Alzheimer’s Assoc., 309 Waverly Oaks Rd., Waltham, MA, 02452.

The family of John W. Pinkham Sr. created this Life Tributes page to make it easy to share your memories.