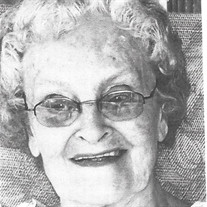 DANVERS- Joan Elizabeth (Carter) Tinsley, 92, passed away on June 29, 2017. She was predeceased by her husband, Thomas E. Tinsley, who died in 1997. Born in Wakefield on September 2, 1924, she was the daughter of the late Minot and Elsie (Grant) Carter. She was raised and educated in Lynnfield Center, graduating from Wakefield High School. She was a Rainbow Girl in her younger years. Joan had been a Danvers resident for 60 years. She was very active within her community; she had been a member at the Maple Street Congregational Church. She was the past president of Danvers VFW Auxiliary #2359 and a bookkeeper of the Essex County Rabbit Assoc. at Topsfield Fair. She was an avid bowler for 18 years. Joan also had been an Avon Lady for many years. She is survived by her daughter, Linda Swanton of Peabody and her son-in-law, William Swanton of Peabody, her son and daughter-in-law, Douglas and Catherine Tinsley of Wenham, her grandchildren, Richard and his wife Anita Swanton, Shane and his wife Traci Swanton, Ty Swanton; Shawn and Craig Tinsley and Kate and Robert Munroe, her great grandchildren, Mariah, Joseph, Joshua, Thomas, Aiden, Bryanna, Owen, Chanel, Brady, Owen and Aubrey. She was predeceased by her son, Lawrence Tinsley and her brother, Minot “Brud” Carter, Jr. Her Funeral Service will be celebrated at 11:30AM on Friday, July 7, 2017 at C.R. Lyons & Sons, Funeral Directors, 28 Elm St., Danvers. Burial will follow in Puritan Lawn Memorial Park, Lake St., Peabody. Visitation will be held from 9:30-11:30AM on Friday prior to the service in the funeral home. In lieu of flowers donations may be made in Joan’s name to Care Dimensions, 75 Sylvan St., Danvers. www.LyonsFuneral.com

DANVERS- Joan Elizabeth (Carter) Tinsley, 92, passed away on June 29, 2017. She was predeceased by her husband, Thomas E. Tinsley, who died in 1997. Born in Wakefield on September 2, 1924, she was the daughter of the late Minot and Elsie (Grant)... View Obituary & Service Information

The family of Joan E. Tinsley created this Life Tributes page to make it easy to share your memories.