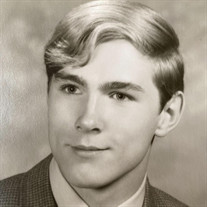 Jerome P. “Jerry” Paige, 69, died Thursday morning, Jan. 27, 2022 at Beverly Hospital following a period of declining health. He was the beloved husband of Janet M. (Landolfi) Paige, with whom he shared forty-four years of marriage. Born in Gardner on Oct. 18, 1952, he was the son of the late Rev. Donald and Louise (Cairns) Paige. He was raised and educated in Danvers and was a 1970 graduate of Danvers High School and a 1975 graduate of Gordon College. Jerry was a long-time employee at Trireme Manufacturing, where he worked as a precision machinist. He also worked at Your Market and later McKinnon’s for many years. He was a Past Master of the Mosaic Lodge A.F.&A.M. in Danvers. Jerry was a steam train aficionado, with an amazing collection of steam train memorabilia of which he was very proud. He loved vacationing with his family, especial trips to Walt Disney World. In addition to his wife, he leaves two children, Jeffrey S. Paige and his fiancée Alicia Sosinski of New Jersey, and Jaclyn M. Paige of Danvers, his cherished granddaughter, Erica Lynne Paige, his sister, Donna Thayer and her husband Alan of West Bridgewater, and several nieces and nephews. He was predeceased by his siblings, Janet Jones and Robert Paige. His Funeral Service will be Friday, Feb. 4, 2022 at 11AM at Holy Trinity United Methodist Church, 16 Sylvan St., Danvers. Burial will follow in Walnut Grove Cemetery, Danvers. Visiting hours are Thursday from 4-7PM in C.R. Lyons & Sons Funeral Directors, 28 Elm St., Danvers Square. To share an expression of sympathy with Jerry’s family, please visit www.LyonsFuneral.com.

The family of Jerome P. Paige created this Life Tributes page to make it easy to share your memories.