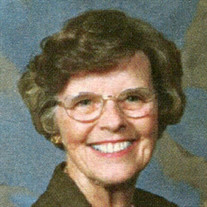 Mrs. Jeanne M. (Powers) Holloran, 85, of Danvers, passed away peacefully, Friday January 4th, 2019 at Hathorne Hill in Danvers. She was the wife of the late George W. “Mac” Holloran. Born in Peabody in 1933, she was the daughter of the late Ambrose and Marie A. Powers. She was a lifelong resident in Danvers, and was a graduate of Holten High School, Class of 1951. She worked at Byrd’s Bakery, Ideal Baby Shoe and Sylvania prior to raising her family. After her children were grown up she helped her husband at Your Market in Danvers with the bookkeeping. Jeanne was a communicant of St. Richards Parish in Danvers. She was a loving and dedicated mother and grandmother who always took the time to send cards expressing well wishes and thanks to all her family and friends. She will especially be remembered for her love of her home, her flowers and watching hockey. She is survived by her four daughters, Laurie Spofford and her husband James, Leslie Glynn and her husband Peter, Therese Witwicki and her husband David, and Kathleen Holloran and her companion Fred Lantych, all of Danvers. She was a loving grandmother to Katie Chambers and her husband Andrew, Kimberly Glynn, Steven Spofford and his wife Sharlene, Eric Spofford, Justin Witwicki, Derek Witwicki and his wife Erika and Jillian Witwicki. She also leaves her brother Roger Powers and his wife Gloria, her nephew Michael Powers and niece Janell Carleo, her Uncle Reverend Robert Champagne SM and many cousins and friends. The family would like to thank all of those who helped with her care and brought her happiness over the past few years. Her Funeral Mass will be held on Wednesday, January 9, 2019 at 10AM in Saint Richard Church, 90 Forest Street, Danvers. Burial will follow in Annunciation Cemetery, Danvers. Relatives and friends are invited. Visiting hours are Tuesday from 4-8PM in C.R. Lyons & Sons Funeral Directors, 28 Elm St., Danvers Square. In lieu of flowers, donations can be sent to North Shore Elder Services, 300 Rosewood Dr. #200, Danvers, MA 01923 or to a charity of your choice.

The family of Jeanne M. Holloran created this Life Tributes page to make it easy to share your memories.