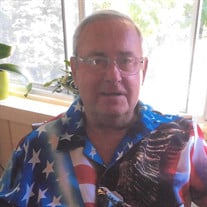 James Arthur Pszenny, 72, passed away on Monday, July 10, 2017 after courageously fighting many health issues over the past four years. He was the husband of Barbara (DiBenedetto) Pszenny, with whom he shared forty-five years of marriage. Born in Salem on September 8, 1944, he was the son of the late Chester and Irene (Poitras) Pszenny. He was raised and educated in Danvers and served in the US Navy Seabees from 1967-1969 from which he was honorably discharged following two tours in Vietnam. He worked as a mason, learning the trade from his uncle, Rocky. After working as a union mason for ten years, he was self-employed for thirty years until his retirement in 2007. Jim and Barbara were married in June of 1972 and lived together in Danvers with their son, Jaime. He was a member of the Polish Club and enjoyed camping, boating, golfing, riding his motorcycle, bowling, racquetball, and traveling. Family and friends were a very important part of his life. He will be truly missed. In addition to his wife and son, he leaves three sisters, Patricia LeBoeuf and her husband Larry, Pauline Tremblay and her husband B.T., and Dorothy LeShana, his sister-in-law, Ellen Pszenny, and his brother-in-law, Jim DiBenedetto and his wife Toni, and many nieces and nephews. He was predeceased by his brother, Chet Pszenny. Visiting hours are Sunday, July 16, 2017 from 3-6PM in C.R. Lyons & Sons Funeral Directors, 28 Elm St., Danvers Square. A memorial service will follow immediately at 6PM. Relatives and friends are invited. In lieu of flowers, donations in Jim’s name may be made to the Wounded Warrior Project, PO BOX 758516. Topeka, KS 66675.

James Arthur Pszenny, 72, passed away on Monday, July 10, 2017 after courageously fighting many health issues over the past four years. He was the husband of Barbara (DiBenedetto) Pszenny, with whom he shared forty-five years of marriage. Born... View Obituary & Service Information

The family of James A. Pszenny created this Life Tributes page to make it easy to share your memories.