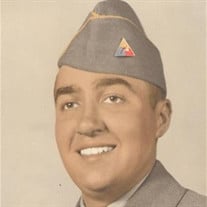 James J. Neenan Jr., 88, beloved husband of the late Helen Buckley, passed away peacefully after a brief illness with his family at his side on Wednesday, January 31, 2018. Son of the late James J. Neenan Sr. and Nellie Blake, he graduated from St. Mary’s Boys High School in Lynn and began classes at Salem State before leaving to serve in Korea. While in Korea he became a Courts-Martial Recorder for the U.S. 8th Army. Upon returning from duty he completed his Bachelor’s degree in education, married Helen and began his first teaching job in Lincoln, NH. From there, Jim went on to teach in high schools in West Boylston and Rockport before becoming chairman of the Business Education Department at Wakefield Memorial High School where would teach for twenty-five years. He introduced FORTRAN, COBOL and RPG programming languages into the curriculum. He also founded the first student-run bank in the country. Along the way, he earned his master’s degree at Boston University, worked part-time at Jordan Marsh, and with Helen raised six children. He was president of the Massachusetts Business Education Teachers Association. Following his retirement, he volunteered for several years at the Peabody Institute Library. Jim was a voracious reader who instilled the love of books in his children and grandchildren. He will be lovingly remembered as a kind person who loved to laugh and to make others laugh. He leaves behind six children, Kevin and his wife Marianne, Cathy, Nancy and her husband Stan, Paul and his wife Nora, Martha, Tom and his wife Kerry, eight grandchildren, Jonathan, Stephen, Alexandra, Ray, Patrick, Michael, Keira, Maeve, and his partner in crime and best friend, his dog, Louie. His Funeral Mass will be celebrated on Saturday, February 3, 2018 at 11AM in Saint Mary of the Annunciation Church, 24 Conant St., Danvers. Burial will follow in Annunciation Cemetery, Danvers. Relatives and friends are invited. Visiting hours are Friday from 4-7PM in C.R. Lyons & Sons Funeral Directors, 28 Elm St., Danvers Square. In lieu of flowers, donations in Jim’s name may be made to Kaplan Family Hospice House, 78 Liberty St., Danvers, MA 01923 or the Friends of the Peabody Institute Library, 15 Sylvan St., Danvers, MA 01923. www.LyonsFuneral.com.

James J. Neenan Jr., 88, beloved husband of the late Helen Buckley, passed away peacefully after a brief illness with his family at his side on Wednesday, January 31, 2018. Son of the late James J. Neenan Sr. and Nellie Blake, he graduated... View Obituary & Service Information

The family of James J. Neenan Jr. created this Life Tributes page to make it easy to share your memories.