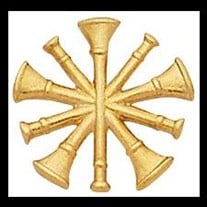 MIDDLETON—Henry Michalski, 72, died Friday morning, July 31, 2020 at his home in Middleton surrounded by his loving family. He was the husband of Penny (Felix) Michalski, with whom he shared nearly 51 years of marriage. Born in Danvers on September 29, 1947, he was the son of the late Henry and Eleanor (Saulnier) Michalski. He was raised and educated in Middleton and was a 1965 graduate of Masconomet Regional High School. It was during his time in high school when he joined the Middleton Fire Department as a call firefighter. Following his graduation from high school, he served honorably in the U.S. Air Force as a member of the 633rd Combat Support Group in Vietnam. He was decorated with the Airman’s Medal for his bravery and service as an airborne firefighter, The Air Medal, first through third Oak Leaf Clusters, Air Force Commendation Medal first through third Oak Leaf Clusters, Air Force Outstanding Unit Award and the Republic of Vietnam Campaign Medal. Returning from the service, he joined the Middleton Fire Department full-time. He graduated from North Shore Community College with an Associates Degree in Fire Science and later a Bachelors Degree in Engineering. He served in Middleton and rose through the ranks of the department and was appointed fire chief in April of 1993. He was chief in Middleton until October of 2000 when he became chief of the Ipswich Fire Department, serving until his retirement in 2004. A member of the Grand Lodge of Massachusetts, Henry was also a member of the Aleppo Shrine and volunteered with the Shriners’ Fire Brigade. He enjoyed playing the banjo and spending time vacationing with his beloved family in Conway, NH, where he previously served as post commander of the American Legion. In addition to his beloved wife, he leaves two children, Timothy Michalski and his wife Elizabeth Denis of Newton, NH and Laura Michalski of Lawrence, a sister, Jane Anderson of Beverly, a brother, Edward Michalski of Florida, and several nieces and nephews. A graveside service will be held on Wednesday, August 5, 2020 at noon in Oakdale Cemetery, Maple St., Middleton. Visiting hours are Tuesday from 4-6PM in C.R. Lyons & Sons Funeral Directors, 28 Elm St., Danvers Square. Attendees at are required to wear face coverings, practice social distancing, and are respectfully asked for no physical contact with the family. In lieu of flowers, donations in Henry’s memory may be made to the Shriners Hospitals for Children, 2900 Rocky Point Drive, Tampa, FL 33607. To leave a message of condolence for Henry’s family, please visit www.LyonsFuneral.com.

MIDDLETON&#8212;Henry Michalski, 72, died Friday morning, July 31, 2020 at his home in Middleton surrounded by his loving family. He was the husband of Penny (Felix) Michalski, with whom he shared nearly 51 years of marriage. Born in Danvers... View Obituary & Service Information

The family of Henry Michalski created this Life Tributes page to make it easy to share your memories.