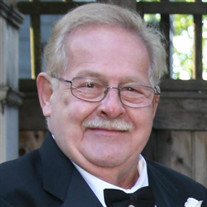 Henry Archambault passed on August 20, 2021 at the age of seventy-six at Sarasota Memorial Hospital in Sarasota Florida. Although fully vaccinated, he had contracted the COVID-19 virus from an unvaccinated caregiver at a care facility in Florida. He leaves his beloved daughter, Denise Kent and her husband Mike Gibson of Salem; his grandchildren, Matthew Carozzi, and Caitlin, Tyler and Ryan Archambault; and his brother, Robert Archambault and his wife Jill of North Port, Florida, and their children, Karen and Douglas. He was predeceased by his former wife, Carolyn, and their son, Eric Archambault, and by his parents, Albert and Cecile (Plourde) Archambault. Born on November 7, 1944, Henry always felt a strong connection to his hometown of Salem Massachusetts. Growing up in what many remember as the French neighborhood, he attended local schools including St. Joseph’s School, until he begged his parents to let him attend a public school. He always had a quick or funny memory of growing up there, and admitted to many shenanigans. In his professional life Henry was an independent businessman with success in a broad range of jobs. His projects varied from real estate to restaurant ownership. Those who knew Henry will remember him for his quick wit and ready smile. He often had a twinkle in his eye that would either prepare you – or warn you – you were about to hear a good story. He was a devoted follower of our local sports teams, never missing a New England Patriots game. He retired early to care for his father for seven years until Albert’s death in 2011 from Alzheimer’s disease, and said it was very rewarding to have had that time together. In 2012 Henry retired from the local weather and traffic to North Port, Florida, where he sorely missed fresh fried clams but enjoyed the social scene at his community’s clubhouse. If there were a professional card or Dominoes league, Henry would have been on the all-star team. He was a fixture at pool volleyball games and weekly dinner dances, and enjoyed buzzing around in his golf cart with its Patriots license plate. A time for visitation and celebration of Henry’s full, busy and interesting life will be held on Thursday, September 2, 2021 at C.R. Lyons & Sons Funeral Directors, 28 Elm Street, Danvers from 5:00PM to 7:00PM. He will be interred privately next to his parents at Annunciation Cemetery in Danvers.

Henry Archambault passed on August 20, 2021 at the age of seventy-six at Sarasota Memorial Hospital in Sarasota Florida. Although fully vaccinated, he had contracted the COVID-19 virus from an unvaccinated caregiver at a care facility in Florida. He... View Obituary & Service Information

The family of Henry Archambault created this Life Tributes page to make it easy to share your memories.