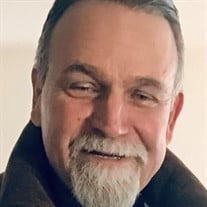 Gregory Kirk Zuk, of Danvers, Massachusetts and Deerfield Beach, Florida, died unexpectedly at his farm in Eastman, Georgia. Gregory was born in Danvers, Massachusetts on January 26, 1958. He was the son of the late Peter Zuk and Geraldine (Tremblay) Zuk of Danvers, and was predeceased by his beloved brother, Norman Zuk. Gregory was raised and educated in Danvers graduating from Danvers High School in 1976 where he played football and basketball. He attended Northeastern University and Boston State University and received a Bachelor of Science degree in Law Enforcement from Nova Southeastern University in 2001. He attended Nova Southeastern University School of Law while working full time as a police officer, receiving his Juris Doctorate in 2006. He was admitted to the Florida Bar in 2007. In 1982, Gregory joined the Metro-Dade County Police Department and was named Outstanding Trainee in his graduating class. During his 35-year police career, Gregory performed duties in general law enforcement, detective duty including undercover investigations, drug enforcement and terrorism prevention. He concluded his career as an attorney in the legal department representing the police in matters of search and seizure from criminal enterprises. Greg was the recipient of numerous commendations and was proud of never having lost a court case. He retired from law enforcement in 2007. During his early police career, Greg was a member of the Metro-Dade Police Department Football team. The team was part of a national league of police department teams that played games to raise money for charities in both the local Miami “Pig Bowl” and later in a national “Super Pig Bowl” game. Greg would later credit this experience as the greatest contributor to his bilateral hip replacements. Known for his quick wit, Greg left you with a smile or in gut-busting laughter. Not content with entertaining family and friends, Greg performed as a stand-up comedian under the name “Greg Kirkman.” He also was Executive Producer of a nationally syndicated radio show called “COPNET,” which focused on community and law enforcement issues. At 6’4” professional football player size, Greg was hard not to notice. He was a loving gentle giant with his family and dear friends and their families. While there is much to say about the man he was and what he accomplished, Greg will be most remembered as a loving son, brother, uncle, and good and loyal friend. He leaves a brother, Peter Zuk and his wife Jodi of Andover, Massachusetts; a sister, Marilyn (Zuk) Nugent and her husband John Nugent of Westlake Village, California; A nephew Andrew Zuk, his wife Beth, and grand nieces, Joselle and Sophie of Glade Park, Colorado; a nephew, Peter Zuk of Boston, Massachusetts; a niece Elizabeth Zuk of Longmont, Colorado; and a loving extended family and many dedicated and very dear friends and colleagues A Funeral Mass will be celebrated on March 19, 2022 at 11 AM in Saint Mary of the Annunciation Church, 24 Conant Street, Danvers, Massachusetts, followed by burial at Walnut Grove Cemetery, Danvers. Visiting hours are on March 18, 2021 from 4 PM to 7 PM at C.R. Lyons & Sons Funeral Directors, 28 Elm Street, Danvers. Relatives and friends are invited. Donations in his memory may be made to Joni and Friends International Disability Ministries, 30009 Ladyface Court, Agoura Hills, CA 91301. For directions or to share an expression of sympathy with Greg’s family, please visit www.LyonsFuneral.com.

The family of Gregory K. Zuk created this Life Tributes page to make it easy to share your memories.