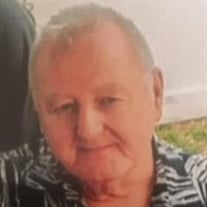 DANVERS- George J. Cassista, Jr., 70, passed away on February 26, 2018 in E.N. Rogers Memorial Veterans Hospital, Bedford. He was the husband of Heidi (Tougas) Cassista. Born in Danvers on May 13, 1947, he was the son of the late George and Kathleen (Higgins) Cassista. He was raised and educated in Danvers and graduated from Danvers High School. George served our country with the United States Marine Corps during the Vietnam War. He was honorably discharged as a Lance corporal in 1969. He was the owner and operator of Andy’s Removal Service. George had been a member of the Elks Club in Peabody and the Polish Club in Danvers. He was an avid bowler and bowled for the former Frisco Club and Skals Lounge. George loved the ocean and enjoyed fishing and boating. When not on the ocean, you could find him playing cards at the casino or cooking in the kitchen while belting out a tune. George also loved rooting for the Red Sox and Patriots. Besides his wife Heidi, he is survived by his children, George J. Cassista,III and his wife, Michelle of Hopkinton, Adam Cassista and his wife, Robin of Franklin, Jessica Cassista of FL and Katie Cassista of Beverly, his siblings, Armand Cassista and his wife, Patricia of Peabody, Maureen Steen, Eileen Williams and Danny Cassista, all of Beverly, four grandchildren, Michael, Nicholas, Eve and Mason and several nieces and nephews. He was predeceased by his brother, Thomas Cassista and his sister, Kathleen “Kit” Young and his former wife, Judith (Leavitt) Cassista. His Funeral Service will be held at 10AM on Saturday, March 3, 2018 at C.R. Lyons & Sons, Funeral Directors, 28 Elm St., Danvers. Visiting hours are Friday from 4-7PM in the funeral home. Burial is private. In lieu of flowers donations may be made in George’s name to New England Center and Homes for Veterans, 17 Court St., Boston, MA, 02108.

DANVERS- George J. Cassista, Jr., 70, passed away on February 26, 2018 in E.N. Rogers Memorial Veterans Hospital, Bedford. He was the husband of Heidi (Tougas) Cassista. Born in Danvers on May 13, 1947, he was the son of the late George and... View Obituary & Service Information

The family of George J. Cassista Jr. created this Life Tributes page to make it easy to share your memories.