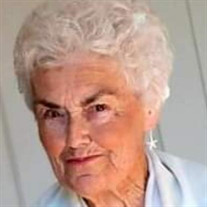 TOPSFIELD- Elizabeth “Betty” (Spakas) Stashis, 82, passed away on Tuesday, October 5, 2021. She was the wife of the late Francis C. Stashis. Born in Danvers on March 20, 1939, she was the daughter of the late Joseph and Helen (Ferguson) Spakas. Betty was raised and educated in Danvers and graduated from Holten High School. She went onto the former Boston Dispensary School where she was trained to become a laboratory technician. Betty had been employed at the former Cable Memorial Hospital in Ipswich for over 30 years. She had resided in Topsfield for over 50 years and was a communicant of Saint Rose of Lima Parish. She was an avid gardener and loved the outdoors. She had a zest for life and never missed a party. She is survived by three children, Gregory Stashis and his husband, Darrel of Amesbury, Paula Yanakakis and her husband, William of Ipswich and Deborah Stashis Douglass and her husband, Glenn Douglass of Danvers, her brother, John Spakas of CA, three grandchildren, Christopher, Benjamin and Alexander and two step-grandchildren, Andrew and Todd Douglass. She was predeceased by her son, Dana Stashis and her sisters, Jean Ellsworth and Donna Cahill. Her Funeral Mass will be celebrated at 10:30AM on Tuesday, October 12, 2021 in Saint Rose of Lima Church, 12 Park St., Topsfield. Burial will follow in Saint Joseph Cemetery, Lynn. Visitation will be held from 4-7PM on Monday, October 11, 2021 at C.R. Lyons & Sons, Funeral Directors, 28 Elm St., Danvers. In lieu of flowers donations may be made in Betty’s name to the American Diabetes Assoc. at www.diabetes.org or National Kidney Foundation www.kidney.org.

The family of Elizabeth "Betty" Stashis created this Life Tributes page to make it easy to share your memories.