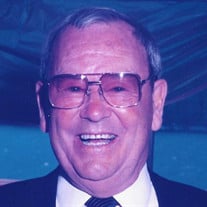 DANVERS- Edward S. DeWitt passed away at his home amongst family on September 24th, 2018. It is our suspicion that he was called away for one last epic party he just could not pass up. Ed was born in Hartland, New Brunswick, Canada on November... View Obituary & Service Information

The family of Edward S. DeWitt created this Life Tributes page to make it easy to share your memories.

DANVERS- Edward S. DeWitt passed away at his home amongst family...