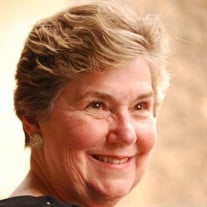 DANVERS—Donna L. (Spakas) Cahill, 73, died unexpectedly on Saturday morning at Beverly Hospital. She was the wife of the late Charles R. Cahill. Born in Danvers on Jan. 26, 1943, she was the daughter of the late Joseph and Helen (Ferguson) Spakas. She was raised and educated in Danvers where she was the first Queen of the Meadow. After graduating from Holten High School in 1960, she went on to earn her bachelor’s degree from Salem State College and a master’s degree from Boston University. A dedicated educator, Donna taught elementary school in the Danvers Public Schools, mostly at the Thorpe School. She also taught for two years in Middleton. A lifelong Danvers resident, Donna was a Danvers Town Meeting member and an election day worker. She enjoyed time volunteering with the Danvers Historical Society and the Alarm List Company at the Rebecca Nurse Homestead. She was an ethnic Member of the Polish, Russian, Lithuanian, American Citizens Club in Danvers. She leaves two daughters, Jenny Churchill and her husband Adam of Danvers and Suzanne Cahill and her husband Matt Churchill of Wenham, a daughter-in-law, Amy Cahill of Wyoming, five grandchildren, Riley Turner, and Bryn, Brigid, Una, and Finn Churchill, two sisters, Elizabeth Stashis of Topsfield and Jean Ellsworth and her husband Peter of Danvers, a brother, John Spakas of San Francisco, CA, her loving companion, Peter Duncan of Danvers, and several nieces and nephews. She was predeceased by her son, Michael Cahill. Her Funeral Mass will be celebrated on Friday, November 4, 2016 at 9AM in Saint Richard Church, 90 Forest St., Danvers. Burial will be in Saint Mary Cemetery, Sylvan St., Danvers. Relatives and friends are invited. Visiting hours are Thursday from 4-8PM in C.R. Lyons & Sons Funeral Directors, 28 Elm St., Danvers Square. In lieu of flowers, donations may be made to the Danvers Educational Enrichment Partnership (DEEP), PO Box 387, Danvers, MA 01923.

DANVERS&#8212;Donna L. (Spakas) Cahill, 73, died unexpectedly on Saturday morning at Beverly Hospital. She was the wife of the late Charles R. Cahill. Born in Danvers on Jan. 26, 1943, she was the daughter of the late Joseph and Helen (Ferguson)... View Obituary & Service Information

The family of Donna L. Cahill created this Life Tributes page to make it easy to share your memories.