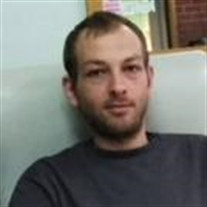 DANVERS- Donn D. Mattos, 27, passed away on June 6, 2018, following a long battle with addiction and depression. Born in Beverly on January 15, 1991, he was the son of the late Wendi (Davis) Mattos, who passed away on June 7, 2018 and the late Donn Mattos. Donn was raised and educated in Danvers. He was a selfless, giving person and loved spending time with his friends. All of his friends and loved ones remember a presence about him. He was a man of few words, but he could make anyone smile. He would go out of his way to help people, even when he himself barely had anything to give. A great friend, “gentle giant” and beautiful soul. He had worked with the Provencher Moving Company for many years, something he really enjoyed doing. Most of his time spent in his last years was with his girlfriend Kassidy. He is survived by his sister, Allison Mattos of Danvers and several aunts, uncles and cousins. Visitation will be held for both Donn and his mother, Wendi on Monday, June 11, 2018 from 4-7PM at C.R. Lyons & Sons, Funeral Directors, 28 Elm St., Danvers. All other services are private. In lieu of flowers donations may be made in Donn’s name to Beverly Bootstraps, 35 Park St., Beverly, MA, 01915.

The family of Donn D. Mattos created this Life Tributes page to make it easy to share your memories.