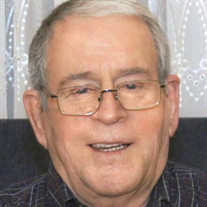 Donald F. Burke, 85, died Monday, March 2, 2020 at the Kaplan Family Hospice House in Danvers following a lengthy illness. He was the husband of the late Nancy A. (Crosby) Burke and former husband of the late Priscilla (Brett) Burke. Born in New Bedford on March 26, 1934, he was the son of the late George and Helen (Tucker) Burke. He was raised and educated in Fairhaven and Beverly and was a graduate of Beverly High School. He then served honorably in the U.S. Marine Corps. Following his time in the service, he earned his bachelor’s degree at Northeastern University and would go on to earn a master’s degree at the University of Rochester. Don owned and operated Burke Security Systems until the time of his retirement. He had previously been employed with Xerox and Avco. A longtime Danvers resident, he enjoyed bowling, photography and exploring New England. The brother of John Burke and his wife Marie, the late Fred Burke and his late wife Margaret, Phillip Burke and his wife Patty, the late Richard Burke, the late Jean Arnold, Jackie Caulfield and her late husband Richard, the late David Burke and wife Linda. The father of R. Scott Burke and his wife Joyce of Middleton, Dana Burke and his wife Candy of Middleton, and Debra Burke of Beverly; step father of John Deminski of Salem, N.H., Jill McKeen and her husband Scott of Middleton, Jane Cella of North Reading, Jay Deminski of Middleton and the late James Deminski. He is also survived by several grandchildren, great grandchildren and many nieces and nephews. Visiting hours are Friday, March 6, 2020 from 4-7PM in C.R. Lyons & Sons Funeral Directors, 28 Elm St., Danvers. Relatives and friends are invited. All other services are private. In lieu of flowers, donations in his name may be made to the American Lung Association, 1661 Worcester Rd. #301, Framingham, MA 01701 or Care Dimensions, 75 Sylvan St., Danvers, MA 01923. For directions or to leave a message of condolence, please visit www.LyonsFuneral.com.

Donald F. Burke, 85, died Monday, March 2, 2020 at the Kaplan Family Hospice House in Danvers following a lengthy illness. He was the husband of the late Nancy A. (Crosby) Burke and former husband of the late Priscilla (Brett) Burke. Born... View Obituary & Service Information

The family of Donald F. Burke created this Life Tributes page to make it easy to share your memories.