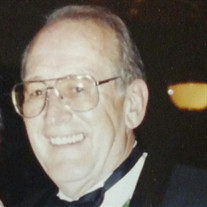 BEVERLY – Donald R. Anastasi, 78, passed away in his home surrounded by his family on November 12, 2016. He was the husband of Rosalie (DiFazio) Anastasi with whom he shared 56 years of marriage. Born in Beverly on July 28, 1938, he was the son of the late Joseph A. and Varvara (Sauchuk) Anastasi. He was a lifelong resident of Beverly and graduated from Beverly High School in 1956. He went on to Renselaer Polytechnic School and Tufts University. He was very active within his community. He served as the Vice President of the Beverly Parks and Recreations Department as well as coached various soccer, baseball, basketball and softball teams; including the varsity basketball team at St. John the Evangelist School in Beverly for several years. Donald was instrumental in the founding and development of the Beverly Youth Soccer Program in the 1970’s. He had been employed by General Electric as a purchasing agent for over 35 years. He also worked at Middleton Aerospace for several years. Donald was an avid golfer, movie buff and sports fan, but most of all he loved his family. He was a devoted husband, loving father, caring friend and doting grandfather (“Pop-Pop”) to all nine of his grandchildren. In additon to his wife, Rosalie, he is survived by his three children, Joseph Anastasi and his wife, Amy of Boxford, Michael Anastasi and his wife, Sandra of Framingham, and Donna Anastasi of Beverly and nine grandchildren, Joseph, Jacob, Samantha, Ruby and Evelyn Anastasi, Sara, Jenna and Michael Anastasi and Joely Figurido. Donald’s family will receive friends and family from 9am-noon on Saturday November 19, 2016 at C.R. Lyons and Sons, Funeral Directors, 28 Elm Street Danvers. All other services will be held privately. In lieu of flowers, expressions of sympathy may be made in Donald’s name to Spectrum For Hope Inc. 7 Essex Green Drive Suite 62 Peabody, MA 01960.

The family of Donald R. Anastasi created this Life Tributes page to make it easy to share your memories.

BEVERLY – Donald R. Anastasi, 78, passed away in his home surrounded...