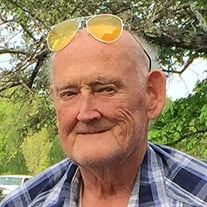 DANVERS- David C. Moulton, 71, passed away on July 22, 2015 in Kaplan Family Hospice House. Born in Peabody on March 8, 1944, he was the son of the late Edward and Lois (Rhoades) Moulton. He grew up in both Salem and Danvers, graduating from Danvers High School in 1963, where he played on the hockey team. He went on to attend Wentworth Institute of Technology in Boston, where he studied construction engineering. David was known his whole life for his incredible work ethic and his knack for fixing anything. He was always there to help others when a job needed to be done. He worked most of his life as a construction site supervisor, but was known for taking on side jobs and extra work for anyone who asked. He was an avid golfer, but could most often be found enjoying his favorite sport: salt-water fishing off of Newburyport or fresh-water fishing in Middleton. He even built his own rods and shared them with family. His dedication to his work was only eclipsed by his devotion to his family. David particularly delighted in his grandchildren, attending sports activities, entertaining them with his unique sense of humor, or simply spending time with them at home. His daughters were the light of his life, and he was always an integral part of their daily lives. He was never happier than when he was surrounded by his daughters and his grandchildren. He completely adored his family. David is survived by his three daughters, Tracie Salvo and her husband Christopher of Danvers, Michelle Moulton and her fiancé Patrick Kelley of Salem and Barbara Almousavi and her husband Ali of Salem, his siblings, Judith Urbanski of Danvers, Patricia Fletcher of FL, Edward Moulton, Jr. of Middleton and his grandchildren, Josh and Drew Salvo, Cora Kelley and Anthony and Ashley DiBona. He was predeceased by his brother, Frank Moulton. His Graveside Service will be held at 11AM on Tuesday, July 28, 2015 in Harmony Grove Cemetery, 30 Grove Street, Salem. In lieu of flowers, expressions of sympathy may be made in David’s name to Care Dimensions, 75 Sylvan St., Danvers, MA 01923.

DANVERS- David C. Moulton, 71, passed away on July 22, 2015 in Kaplan Family Hospice House. Born in Peabody on March 8, 1944, he was the son of the late Edward and Lois (Rhoades) Moulton. He grew up in both Salem and Danvers, graduating... View Obituary & Service Information

The family of David C. Moulton created this Life Tributes page to make it easy to share your memories.