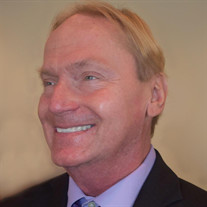 DANVERS- Daniel W. Caskey, 61, passed away, on January 26, 2017 in his home. He was the loving husband of Jeanette “Terri” (LaBrie) Herlihy-Caskey. Born in Salem on October 21, 1955, he was the son of the late Herman and Regina (Tyburc) Caskey. Dan was raised and educated in Salem and graduated from Salem High School. He received his associate’s degree from North Shore Community College. Dan served his country during the Vietnam War with the United States Army and was honorably discharged, receiving a bronze star. He also served with the Massachusetts Army National Guard from 1978-1982. Dan was a parishioner of Saint Mary of the Annunciation Church in Danvers. He was a member of the Polish Club in Danvers and owned and operated a landscaping business. Besides his wife, Terri, he is survived by his children, Tiffany Roberts of Maine and Natalie Caskey of Florida, his brother Philip Caskey of Salem and his sister Leila Gray of Washington, a niece Alice Gray of Michigan and many grandchildren. His Funeral Mass will be celebrated at 9AM on Wednesday, February 1, 2017 in Saint Mary of the Annunciation Church, 24 Conant St., Danvers. Burial is private. Visiting hours are Tuesday from 4-7PM at C.R. Lyons & Sons, Funeral Directors, 28 Elm St., Danvers. In lieu of flowers donations may be made in Dan’s name to VNA Hospice & Palliative Care, 199 Rosewood Dr. Ste 180, Danvers, MA, 01923. Friends of Dan are welcome to join his family, following his Funeral Mass at the Polish Club on Wednesday at 10:30AM for refreshments.

The family of Daniel W. Caskey created this Life Tributes page to make it easy to share your memories.