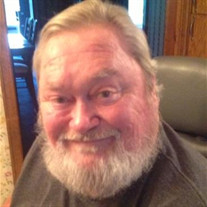 PEABODY- Chester F. Pszenny, Jr., 73, passed away on September 24, 2015 in Florida. He was the loving husband of Ellen (Conley) Pszenny with whom he shared 51 years of marriage. Born on January 15, 1942 in Salem, he was the son of the late Chester and Irene (Poitras) Pszenny. He was raised in Danversport, where he was a lifelong resident, and attended the Essex Agricultural School. Chet served our country with the United States Army during the Vietnam War and was honorably discharged. Chet had worked at the former Vic’s Drive In for many years as a cook. In 1974 he opened Chet’s Lock Shop in Danvers, where he had been the owner and lock smith, until retiring in 2005. He and his wife Ellen wintered in Clearwater, Florida, where they had their second home. He enjoyed vacationing, cooking, camping and boating. Chet also was an avid reader and loved crossword puzzles. He was a member of the P.R.L.A.C.C. Club and a former member of Rotary. Besides his wife, Ellen, he is survived by two children, Tina and Scott MacKay of Danvers and Chester F. Pszenny, III and his companion Guilda Disla of Bradford, four grandchildren, Russell and Leah Pszenny and Alix and Eric MacKay, two great granddaughters, Evelyn and Alana, four siblings, James and Barbara Pszenny of Danvers, Patricia and Larry LeBouef of Danvers, Dorothy and Howie LeShana of Peabody and Pauline and BT Tremblay of Topsfield, many nieces and nephews and grand nieces and nephews. His Memorial Service will be celebrated at 10AM on Monday, October 5, 2015 at C.R. Lyons & Sons, Funeral Directors, 28 Elm St., Danvers. Visiting hours are Sunday from 4-6PM at the funeral home. In lieu of flowers, expressions of sympathy may be made in Chester’s name to American Cancer Society, PO Box 22718, Oklahoma City, OK 73123.

PEABODY- Chester F. Pszenny, Jr., 73, passed away on September 24, 2015 in Florida. He was the loving husband of Ellen (Conley) Pszenny with whom he shared 51 years of marriage. Born on January 15, 1942 in Salem, he was the son of the late... View Obituary & Service Information

The family of Chester F. Pszenny Jr. created this Life Tributes page to make it easy to share your memories.