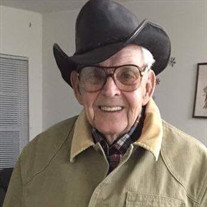 Charles William “Chuck” Hickenbottom, beloved husband, father, grandfather, and great-grandfather, died Saturday, September 3, 2016 in his home in Beverly with his daughter by his side. He was 88 years old. Chuck was known affectionately among his grandchildren and great-grandchildren as “Buppa.” Chuck was born in Mabton, Washington on January 11, 1928. Chuck grew up during the Great Depression in Yakima county. He was the son of the late John Hickenbottom and Grace Hessell Hickenbottom. Chuck was an Army veteran, having proudly served his country in World War II. Chuck was the loving husband of the late Dolores Hickenbottom, who passed away January 12, 2014, and with whom he shared 63 wonderful years of marriage. Chuck and Dolores met in Washington while Dolores and her sister were traveling across the country performing acrobatics and dance. Chuck and Dolores were residents of Beverly and Peabody over the last 40 years, and previously were longtime residents of Washington State. Chuck loved his home state of Washington and he and Dolores enjoyed traveling across the country together many times. Chuck was planning to return to Washington shortly before his death, but unfortunately was not able to make the trip due to health complications. However, his heart never truly left his beloved former home. Chuck had many very close friends at his residence in Beverly and enjoyed spending time with Linda Talbot, Anna Chiarello, Patricia Carver, and Hattie Sholds. Until his death, he cared lovingly for his and Dolores’s two dogs, Yoshi and Peaches, and their late dog, Kiwi. Chuck was predeceased by his son Frank Gregg Hickenbottom, one sister Joane, and one brother Jack. Chuck leaves behind his children; Gary Hickenbottom of Guam, Brenda Jeffers of Peabody, and Joel and wife Kalen Hickenbottom of Lynn, as well as his nephew Terry Reams and wife Connie Reams of Washington, and several other nieces and nephews, his Grandchildren: Trisha Dee Hickenbottom and Michael Boling; Joshua and Kelsey Maglin; Jocelyn Whitten and husband Michael Whitten; Melissa Ann Sherwood; Emily Jeffers and Michael Kelleher; and Haley and Jacob Hickenbottom: his Great Grandchildren: Tyler David and Ryan Arthur Whitten; Moselle Hickenbottom Boling; Nika and Kaya Sherwood; Joshua Charles, Samuel Thomas, and Abigail Marie Elizabeth Maglin. His funeral service will be Thursday, September 8, 2016 at 7 pm in C.R. Lyons & Sons Funeral Directors, 28 Elm Street, Danvers Square. Relatives and friends are invited. Visiting hours will begin at 5 PM. In lieu of flowers, donations in Chuck’s name may be made to Care Dimensions Hospice, 75 Sylvan Street, Suite B-102, Danvers MA, 01923. Online donations may be made at www.caredimensions.org.

Charles William &#8220;Chuck&#8221; Hickenbottom, beloved husband, father, grandfather, and great-grandfather, died Saturday, September 3, 2016 in his home in Beverly with his daughter by his side. He was 88 years old. Chuck was known affectionately... View Obituary & Service Information

The family of Charles W. Hickenbottom created this Life Tributes page to make it easy to share your memories.