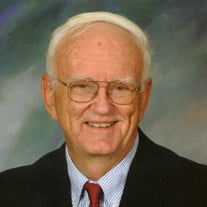 Brother J. Robert Houlihan, CFX, 89, died Sunday, July 18, 2021, at Mary Immaculate Nursing Center in Lawrence following a period of declining health. He was a member of the Congregation of the Brothers of Saint Francis Xavier for seventy-two years. A Peabody native and the son of the late John and Julia (Griffin) Houlihan and stepson of the late Margaret (McKeon) Houlihan, Brother Robert was a 1949 graduate of Saint John’s Preparatory School. Following graduation, he entered the Xaverian Brothers and on March 19, 1950, he received the holy habit, taking the religious name Brother Arnold. He received his bachelor’s degree from Saint John’s University and would later earn a master’s degree from Columbia Teachers College. Brother Robert spent the first twenty years of his teaching ministry in the New York, first at Saint Teresa School in Brooklyn and then at Cardinal Hayes High School in the Bronx. For years after his departure from Hayes, he remained on the staff of the school’s Exceptional Children's Program in the Bronx where he supervises the dance program 15 Sundays a year. For nearly forty years, Brother Robert was on the staff at Xavier High School in Middletown, CT. There, in addition to teaching freshmen science, he was the longtime, fastidious grounds director. While in Middleton, he continued the work he began at Hayes for those with intellectual disabilities as the founding director of Middlesex Youth Arc. Brother Robert served on the Pastoral Council of the Diocese of Norwich for ten years and was a longtime board member of the Connecticut Arc. He had been a member of the community at Xaverian House in Danvers since 2014. In addition to his brothers in religion, he leaves numerous cousins and their families. His Funeral Mass will be celebrated on Thursday, July 22, 2021 at 11AM in the Saint John’s Preparatory School Chapel, 72 Spring St., Danvers. Burial will follow in Xaverian Brothers Cemetery, Danvers. Relatives and friends are invited. Visitation will be in the chapel prior to Mass from 10-10:45AM. In lieu of flowers, contributions in Brother Robert’s name may be made to the Xaverian Brothers Retirement Fund, 4409 Frederick Ave., Baltimore, MD 21229. Arrangements are under the direction of C.R. Lyons & Sons Funeral Directors, 28 Elm St., Danvers. To share a message of sympathy, please visit www.LyonsFuneral.com.

Brother J. Robert Houlihan, CFX, 89, died Sunday, July 18, 2021, at Mary Immaculate Nursing Center in Lawrence following a period of declining health. He was a member of the Congregation of the Brothers of Saint Francis Xavier for seventy-two... View Obituary & Service Information

The family of Brother Robert Houlihan CFX created this Life Tributes page to make it easy to share your memories.