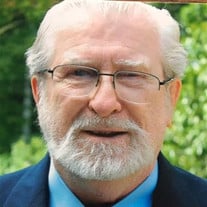 Brother Richard T. Murphy, C.F.X. (Brother Tobias), 82, died Tuesday, April 4, 2017 at the Brentwood Nursing Home, Danvers. He was a member of the Congregation of the Brothers of Saint Francis Xavier for sixty-four years. Born on November 4, 1934 in New York, New York, he was the son of the late John and Margaret (McCance) Murphy. He graduated from St. Michael’s Diocesan High School in 1952 in Brooklyn, NY. The same year, he entered the Xaverian Brothers, taking the religious name Brother Tobias. In 1958, Brother Tobias received his bachelor’s degree in physics from Catholic University, Washington, D.C., and then went on to receive his master’s degree in mathematics from the University of Notre Dame in 1967. He received his Ph.D. in Educational Psychology from Princeton University in 1972. His teaching apostolate began in 1958 at Flaget High School, Louisville, KY. Brother Richard went on to Baltimore where he taught at Mt. St. Joseph High School and the Johns Hopkins University. He spent a large amount of time in Princeton where he was involved in research at the Educational Testing Service and the Princeton Theological Seminary, where he was an adjunct Professor. Brother Richard directed numerous international projects in countries such as Bangladesh, Turkey, Yemen, Jordan, Morocco and Tunisia. Among his projects with ETS was a review of Sesame Street research and the planning of the 20th Anniversary Symposium for the Children’s Television Workshop. In 1994, Brother Richard was elected Provincial Superior for the American Central Province of Xaverian Brothers in Baltimore. He was appointed as Community Director of Xaverian House in Danvers in 2008-2009. Brother himself retired to Xaverian House in 2012. In addition to his brothers in religion, he leaves several nieces and nephews. In addition to his parents, he was predeceased by his brothers, John Murphy and James Fitzgibbon and aunts, cousins and nieces and nephews. His Funeral Mass will be celebrated at 4PM on Monday, April 10, 2017 in the Chapel of Saint John’s Preparatory School (Admin. Bldg.) 72 Spring St., Danvers. Burial will follow in Xaverian Cemetery on the grounds of St. John’s Prep. Visitation will be held prior to the Mass on Monday beginning at 3PM in the Chapel. In lieu of flowers, donations may be made in Brother Richard’s name to Xaverian Brothers Retirement Fund, 4409 Frederick Ave., Baltimore, MD, 21229. www.LyonsFuneral.com

Brother Richard T. Murphy, C.F.X. (Brother Tobias), 82, died Tuesday, April 4, 2017 at the Brentwood Nursing Home, Danvers. He was a member of the Congregation of the Brothers of Saint Francis Xavier for sixty-four years. Born on November... View Obituary & Service Information

The family of Brother Richard T. Murphy,C.F.X created this Life Tributes page to make it easy to share your memories.